Yeah, I had to change the zorbo a lot for it to make any kind of sense. 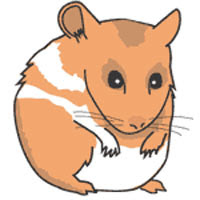 The appearance of this creature? Variously claimed to be a small, fluffy bear-like thing; a white woodland rabbit; a curiously rounded and serene monkey. It is only allegory, of course, yet some insist that the Gods of Reciprocity gave this thing their powers and loosed it on the earth to teach men the consequences of their acts.

Assume for a moment it exists. Its placid demeanor turns to a growling when approached with the intent to capture or harm. Instantly the creature grows; starting from one hit die, it adds one hit die for each level or hit die of creatures within 60 feet who have hostile intent toward it. For every four hit dice it possesses, it rolls 1d6 for damage, adding to this total the 1 hp of its normal attack. Its vigorous defense will end only in its death, or in its shrinkage back to original form, as foes are laid low or routed off.

Flandys the sea captain, they say, once treated such a beast very well. After one short battle, the pirates of her particular coast knew to leave her well alone. In time she came to see the beast as very useful indeed; when it tried to wander off, she had it restrained. For the end of her own tale - used, betrayed and fettered in chains - only the Gods of Reciprocity are to blame.
Posted by Roger G-S at 10:16

Email ThisBlogThis!Share to TwitterShare to FacebookShare to Pinterest
Labels: monsters