It was in yesterday afternoon's game session after a long absence, that I became aware that almost all the elements of the adventure were random. And it was good.

Our heroes were trekking across a long alley of scrubland, returning to civilization with the evidently plot-vital bard Diarmuid Sans Peer. I was using the "moor" encounter table from Red Tam's Bones and rolling a custom d20 where three sides indicated an encounter, and various other sides indicated other things (more on that sometime later).

First I rolled "encounter clue" - to a manticore. The party spemnt some time puzzling over some unusual, biological spikes stuck in a tree by the road.

Next I rolled - "encounter" - with the manticore itself! The monster was an awful shot with its remaining tail spikes and the group easily finished it off with arrows and the bounding assault of the evidently heroic Diarmuid.

After a few more non-results the party approached their old cache of purple worm ivory. But they were disturbed by Goatgamble, a spriggan who had been randomly generated as a hallway encounter as they entered the Vernal House in Faerie. The reaction dice said that he had fallen madly in love with Elidath, the elf henchwoman. In exchange for helping the party he had steered them to a magic mirror that would create an evil duplicate, and induced Elidath to stare into it, so he could have a compatible copy all his own. 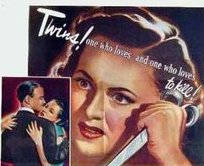 Now Goatgamble was back, in giant form, with evil Elidath riding his shoulders. She knew as much as the real Elidath where the loot was buried and demanded a couple of tusks. No way! The log the spriggan threw did little damage and the ensuing hail of arrows drove them off.

Soon it was time to camp for the night. Two encounters! The first was with four wild sows, and they accounted well for themselves even after one was charmed and driven off by Diarmuid, using the tricks I've been talking about recently to create a grinding "piggy pile" melee where they had the upper trotter. And the first encounter solved the second encounter, with a pack of wandering wolves, who turned out amenable to being bought off with a hog carcass.

If only all sessions were this easy. The party's task as they see it is to deliver the bard to an uncoming religious synod which will likely be crucial for the outcome of the war with Faerie, as foretold by several converging prophecies. Asked whether they want to take part in this intrigue or adventure, they replied "Intrigue ... and adventure!"

Stay tuned for that, and I also owe my readers a review of Red Tam's Bones, now that we're done with it.
Posted by Roger G-S at 12:30