The Lichway My Way, and Diorama Encounters

The Lichway (previously) belongs to that admirable class of adventure writing, where engaging ideas are presented with just enough detail for a DM to improve and improvise. As a low-level dungeon with a one-page map, and yes, as a tomb, I rank it up there with Tomb of the Iron God.

Here are some of the hacks and improvisations I did for my GenCon run:

1. Why are people suddenly interested in this abandoned tomb? Well, it turns out that linguistic pedantry is responsible. For years, adventurers kept out because they thought "lichway" was a warning that a skeletal super-sorcerer was in residence. Only recently did some tavern busybody point out that "lich" as an old English word simply refers to a corpse. This started a wave of exploration involving the party as at least the third human group to enter the dungeon.

(British audiences, perhaps, were clearer on this linguistic point due to the common usage of "lich-gate" to refer to a church's cemetery gate, and the general deeper history grounding of UK vs. US gaming circles.)

2. The map uses architectural notation for door hingeing, not Elvis notation. At first I interpreted this as the doors all being ajar, with some weird results (intelligent creatures that should have been hearing each other were ignoring each other instead). As always, discretion and situation awareness are key. 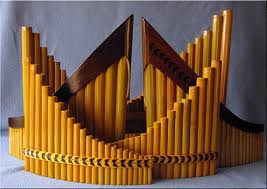 3. I thought people might recognize the susurrus from the Fiend Folio, so I transformed it into a pan flute golem. Yes, a pan flute golem. That meant it had to keep pacing within its cage to keep the undead-sleeping sound up, which meant that when the adventurers lassoed it and brought it to its feet ... party over.

I also really appreciated that a few key encounters were described as diorama-like tableaux - rival adventurers getting set to bash in a door, goblins torturing a stirge, xvarts telling jokes among eaach other, that kind of thing. I've tend to avoid these in my own writing - they seemed stagey and set-piece - but they really work in practice, and one of my adventures was criticized on tenfootpole.org for not having more of them, or as Bryce put it, "Hex encounters need lots of active things."

It's even possible that the traditional surprise roll can be replaced by a more descriptive "what are the monsters doing?" roll, which together with the manner of the party's approach would determine surprise in a more natural way. If written into the scenario, this roll can be replaced with whatever the creatures are said to be doing. I might approach this sometime soon as a partial replacement for my more complex-looking 52 Pages surprise system.