The Cleric's Faith I: Conservative Solution

One way to make the users of sacred magic feel like they are working with freely given miracles of faith is to keep the standard spell list and rules, but have casting in a short time frame (combat round) determined by a petitioning die roll. Here we are assuming that cleric spells are not memorized (cast at will) but that they use a system of levels and slots similar to magic spells. Roll d20 plus the caster's level minus twice the spell's level. On a modified roll of: 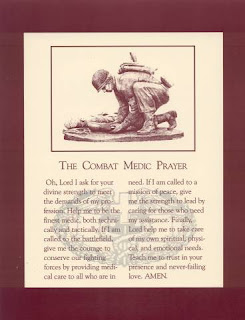 If Wisdom is not being used to give the caster extra spells (as it does in my system) then its modifier goes toward this table. You may also apply modifiers due to the nature of the deity; if merciful, +2 if the last attempt that day was a failure and -1 if it was a success; if cruel, -2 for failure and +1 for success.

Being that most sacred spells are supportive, I would also allow a casting in the space of ten minutes without having to roll on this table. This does the least damage to the balance of the cleric/priest class, while still making them feel that they are making a "desperate petition" in the heat of battle.

Next up: A completely different approach based on reaction and morale rolls.
Posted by Roger G-S at 07:53