The Satanic Rules of the Con

As you may know, the Satanists have their Eleven Rules of the Earth. These were written in 1967 by Anton LaVey, excusing them from the charge that they just wanted to make the Commandments "go to 11"  (Spinal Tap, 1984).

Being that Satanism is mostly run by Nietzschean atheists, I can fully believe that the Rules were dreamed up just to give the ACLU something to post up in Boss Hogg's courtroom. Indeed, they present a loophole-riddled life morality that only a Cormac McCarthy villain trying to write a parole statement would mistake for the real thing. 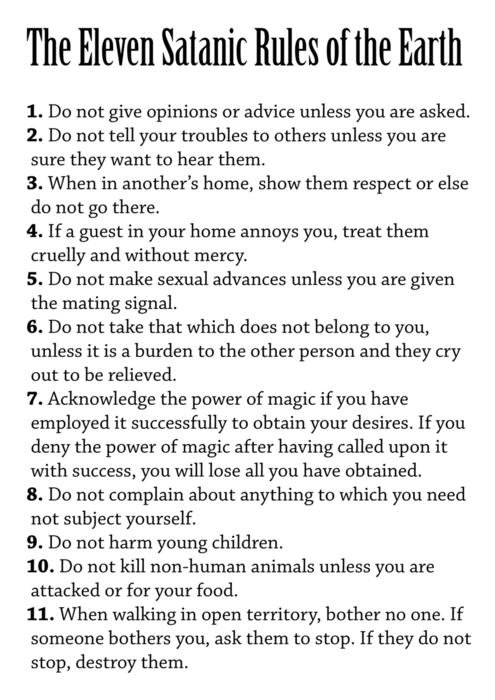 But ... at the same time they're a nearly ideal set of rules for behavior at gaming conventions, substituting "game" for "home" and "munchkinism" for "magic". They come with an anti-harassment policy (#5), an anti-theft policy (#6), and a solution to the strolling bard problem (#11).