Betraying your players is difficult. Nevertheless, I thought the most reasonable course for a band of pirates the players had been allying with for the last several game sessions was to set up a send-off that would put our heroes at a disadvantage and rob them of all that fancy loot. After all, the players did charm the captain's wife and put to sleep most of the pirate away party when they thought the captain might be possessed by a giant iron head, and despite their reasons for doing so, the wife is a wizard, a proud one.

All the same, I thought it wasn't fair to completely blindside them. I dropped some hints, a few details that got them suspicious and investigating further. But by that time, the revel on the pirate ship was under way. I brought the miniatures out on the pretext of having a number of carnival-like entertainments the characters could take part in - a dice game, a rope walk, knife throwing and storytelling contests (the latter along the lines of Baron Munchhausen), a dance area. And I gave everyone this drunkenness chart, and sent the drinks round generally, and as forfeits in the contests. 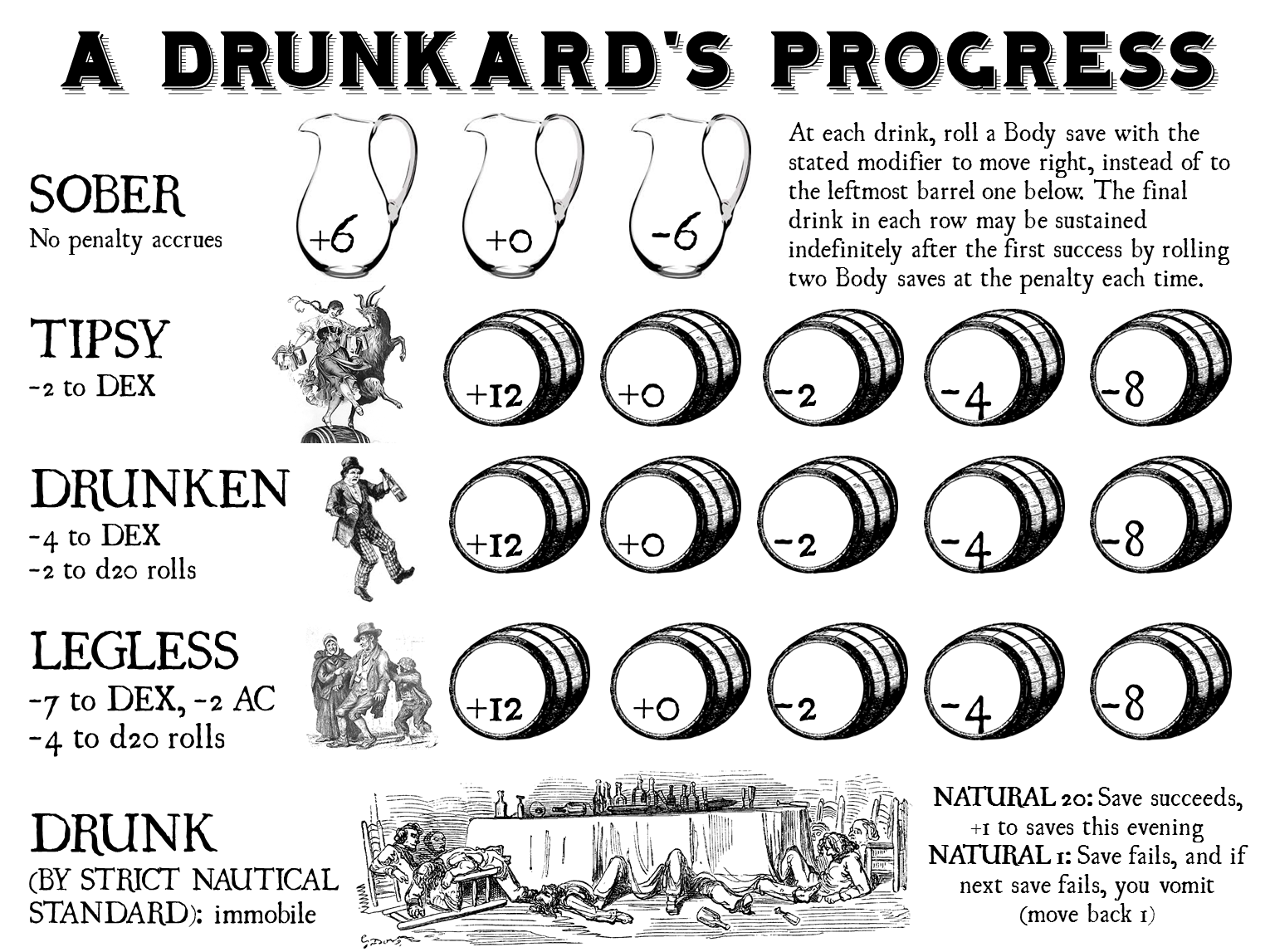 Long story short, half the party wound up "legless" and, without resisting, they were rounded up to be "honored" by the system of Doctor Webb and Professor Spell. A few alert ones who had feigned wooziness and dodged the drinks managed to escape the sticky strands and leap overboard, while others used various magical means to break the webs and get to a place where they could free themselves. A duel commenced, but the captain's wife was soon taken hostage by a leaping dwarf. The dark heart of Captain van der Masque faltered, and a truce arranged whereby the remaining adventurers would depart for the nearby land on a ship's boat.

The drinking system worked all right for these purposes. A normal person has about 1/3 chance of making a Body save in my system, these adventurers closer to 1/2 and more in the case of a dwarf. Experienced drinkers with low levels of adventuring should nonetheless be given some bonuses.
Posted by Roger G-S at 10:37