I have been letting out a few of the new pages from the "Next 52"-a rules expansion for my 52 Pages system covering new classes and options. As may be apparent, the structure of the two documents mirrors the Basic and Expert sets of TSR D&D. Just as the first 52 gave a simple structure and goal for adventuring, so do the next 52 structure the next set of challenges - from a town to a realm. 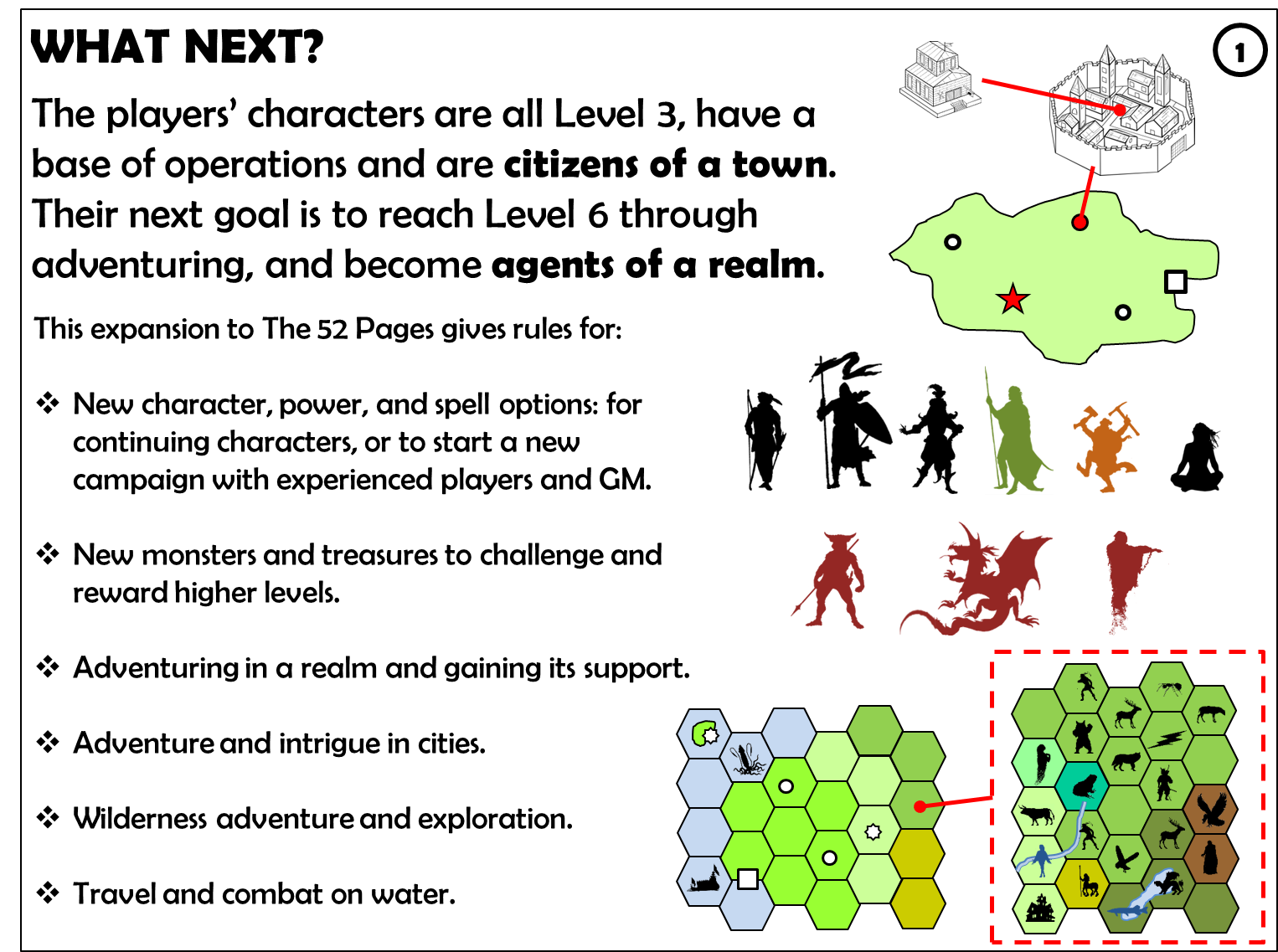 Essentially, each adventure completed from player levels 4-6 should usually be set up to have consequences for the party's reputation in the eyes of one or more leaders (from 3-7 individuals who influence a realm). Have more of the leaders on your side than against you, and you can be named agents of the realm, setting you up for the level 7-9 adventures that will end with your own rulership. It's a slightly different twist on the ACKS middle and end game - you're not sent on missions per se, but you are aware - usually - of what your activities mean for those in power.

In a fit of disclosure, I'll say that neither of my ongoing campaigns are based on this template. The more story-intense one has the players bouncing long distances across the world with the vague structure of a couple of mysterious prophecies and conspiratorial organizations, while the looser one is based around the tentpole of the Castle of the Mad Archmage. So certainly 52 Pages "as written" would be a viable idea for the next campaign ...

Meanwhile, I've set myself the fun challenge of coming up with mechanics for politics, trade and domains that are as modular and simple as the 52 Pages aim to be.
Posted by Roger G-S at 00:04

Email ThisBlogThis!Share to TwitterShare to FacebookShare to Pinterest
Labels: ACKS, campaign, next 52