Yes, it's widely known that Gary Gygax explicitly said that the city of Greyhawk in his original campaign was located on an altered map of North America where Chicago was, and Dyvers, likewise, was based on the location of Milwaukee.

But I don't think it's been observed that when it came time for him to draw the city ...


(based on the map from City of Hawks, which he approved)

it looks a bit like an upside-down map of Chicago's downtown area, "The Loop," with a large body of fresh water on one side and a smaller river curving around to enclose the city proper: 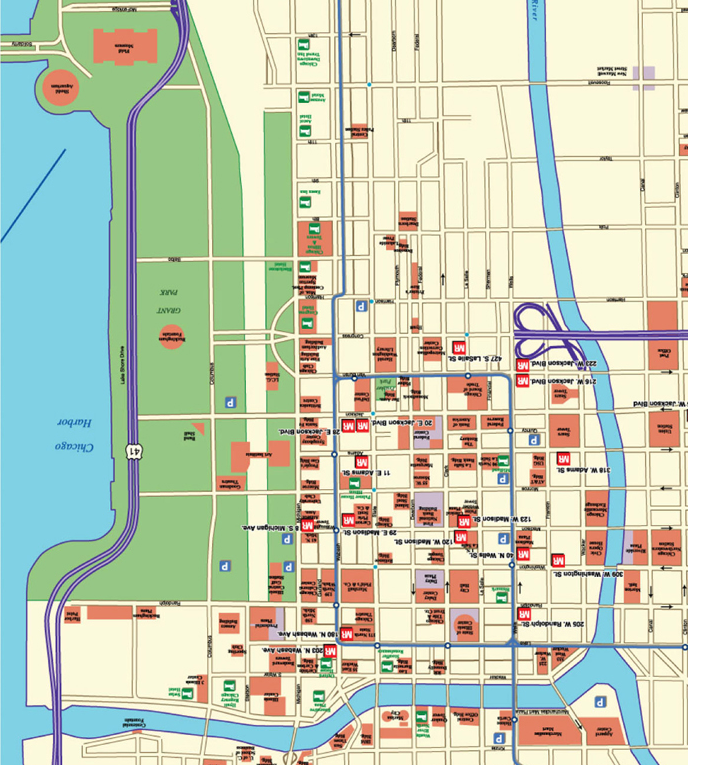 This also lends credence to the idea that on a larger scale, the World of Greyhawk more or less corresponds to an upside-down North America, with snippets of right-side-up geography like Lake Superior thrown in.
Posted by Roger G-S at 10:49