Well, it's been a long hiatus for this blog and my campaign. The four of us were all getting set to play last night when disaster struck ... my wife came down with a headache and couldn't join the session.

I really don't like running a campaign with a player absent. None of the well-known solutions are satisfactory in a small party (running the PC as an NPC, rendering her temporarily infirm). Compounding the problem was the long break from the campaign. It would be a struggle to regain the bearings of this increasingly complicated plot even with all four of us around.

And then a crazy idea occurred to me. What would have happened in this run is that the party limps back to town, to find that a long-awaited event has come to pass. This is something I'd planned beforehand, only to see the party take the opportunity to adventure out of town.... the arrival of the Inquisitors of St. Damian and St. Hieracon. The party thought it would be a good idea to send for holy help, way back at the beginning of their adventure with the Dark Mother cultist at the millhouse. The sacred bureaucracy being what it is, it's taken a month or two for the response to come. Since then the players have had regrets ... yes, it's fair to say that the prospect of meeting these dreaded agents of orthodoxy  brings a shudder every time they're brought to mind.


Their levels were duly rolled up (5th level priest, 5th level militant), stats and equipment handed out including an impressive set of manacles, torture tools, and an iron stake loaded onto a patient mule. After receiving a briefing from the Sub-Hierarch of Utherton, who seemed more interested in the heresies and disrespect for the church shown in former years by the Mad Archmage than in the Dark Mother doings ... and having a chat with Joya, the mentor of the party's wizard, who showed exactly the opposite concerns ... the inquisitors were on their way to Trossley.

After taking inventory of the evilly tainted wood, which mostly still sat in the western square, our inquisitors found and interrogated the Busiacquo brother lumberjacks who had found the stand of "elven" trees. Much of the session they were trying to find ways to use their spells to exorcise the evil wood, but progress was slow. Our independent-minded ladies of the church refused lodging in an inn, choosing to take up residence in an empty house ... right next to the main party's house. 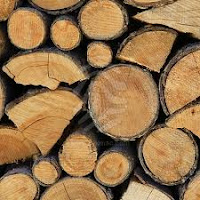 Recall that the main party had bought some crude furniture from Lucille the woodworker which turned out to have been made with the suspect wood. In the middle of the night, then, the inquisitors had to get up and contend with six rolling log chairs and an angry animated table. In the combat, a memorable fumble had Hildegarde's two-handed, blessed, illuminated war maul pulverize the head of a civilian who had rushed up to help with an axe. It's not really clear what the aftermath of this will be, but a disturbing postscript is that the main stockpile of logs had also rolled and banged around in the night.

This was a great setup for some memorable NPC's, and a good way to ease back into the plot, focusing on just one part of it. The players showed verve and class inhabiting their potential adversaries, making sure to impound everything they found in the main PC's home after the furniture had been smashed to splinters ... even to the point of destroying the hard-earned bedding made from the Mad Archmage's canvas tents. For being good sports and playing the Inquisition to the hilt, the two players' main PC's each earned 100 experience points.

Having players take a turn as higher-level NPCs is definitely not for every day or every campaign, but I judged it was what the campaign needed yesterday and it turned out to be the right call.
Posted by Roger G-S at 12:50