The Dragonmeet session was a lot of fun. I've found that a good formula for a one-shot game is to make sure that you have some sort of ticking bomb, relentless final guardian, or monsterpocalypse at the end of a fairly short adventure. Without the slow build that a campaign gives, you do well to build fun off the cheap heat, with CLIMAX written in broad strokes and bright colors. 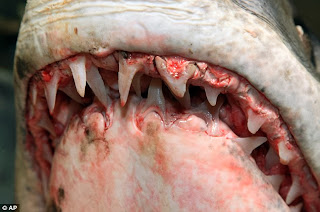 With that in mind, I framed the original one-page adventure by Daniel O' Donnell thus: the Crown Prince of Crime in the town of Ushralec hired the party to sack the Fane of Drowned Men, sacred to the demon-gods Dagon and Charybdis, ostensibly because of a grudge he had long held before recently coming to power. There were some very subtle clues to his ultimate intent - through a crack in the door, Alinor the sea elf saw some minions of crime pouring barrels of salt water into a big vat, tapping the floor below in some sort of code and receiving taps from below in turn. The Crown Prince's audience room, also, had been stripped of all furniture and valuables.

Anyway, heedless of this, the party -- a rogue, a brawling sailor, a prophet of hoary Nodens, the sea elf, a somewhat out-of-place dwarf, and of course Gnaro the multidimensional gnome -- set off in a longboat at high tide to make a beeline for the back end of the shrine. Through incredible luck and bad rolls by the defenders they were not spotted by any of the people doing business at the front of the shrine or on the causeway.  Floating right over the deep-submerged tethered zombies, they were soon on the roof, interrupting a treasure donation ritual with arrows, spears and a Sleep spell cast through a grating.

After the high priest fought back with a successful hold person, the fight soon moved to the front of the shrine, where the sea elf cast a net to trap some of the defenders. The high priest, escaping the net, backed into the rogue's waiting stab around the corner, and having been the target of much of the previous damage, soon expired, cursing his fate to die on land.

Meanwhile, some of the surviving acolytes inside the shrine had wakened their sleeping companions and were ready to defend the doorway. But the resourceful sea elf had meantime clad himself in the high priest's sharkskin robe and triple-shark-mouth tiara, and using a Disguise spell, convinced the acolytes that he had sent these invaders to test them and that they had all better surrender. The one acolyte who had saved and disbelieved the disguise was bludgeoned to death by the others at the orders of the fake high-priest.

That out of the way, the explorers noticed a dark line on the horizon and an ominous rushing sound. The sailor recognized it as a tsunami and estimated that they had little more than an hour before it hit. Looting the fane, which consisted of a few cabins of a shipwreck atop a rocky islet pierced by a well, they came away with the jewelry of a nobleman preserved in a cask of sherry and some valuable books. But the same high tide that had eased their passage over the drowned zombies now filled up the well and access to the passages below, filled with the donations of the faithful. Gnaro threw some gnomish sausage into the water and quickly attracted one of the guardian seawolves, who provided enough deterrent for the party to gather up their spoils and head for the hills. A wise move, for when the tidal wave hit it was ridden by a giant sharktopus, unholy spawn of Dagon and Charybdis.

In the aftermath of the disaster, the party heard some strange stories circulating. Merchants and jewelers who had rushed back to their strongholds in the city, ahead of anyone else, had found emptied cellars and strongrooms they thought secure, their broken doors not wholly convincing as tsunami damage. Could the party have been set up to trigger the wrath of Dagon, God of Tides, King of Watery Death, as part of some larger, astoundingly callous caper? Best not to think about it, or the treasures you left behind in the passages underneath the Fane ...

In the afternoon we played a fun, short scenario in Paolo's Cthonic Codex world, with themes of goats, moss, and a ghost dragon whose fossilized ribcage was a bridge in a canyon. The AFG system is about as simple as it gets and I recommend it for anyone who wants to prioritize ideas and creativity over rules and process, plus it has one of the coolest magic systems out there. Paolo and I then played in a demo of Lords of War, a card-battling game with simple rules but very deep strategic play.

Dragonmeet lives up to the second part of its compound. It is a great place to meet people with all kinds of ad-hoc gaming going on, and you tend to run into a lot of people you know from the gaming scene if you have lived in Southeast England for a while. This time it continued till 11 with open gaming, which was a great improvement, even though I had to get dinner with some old L5R cronies and run off to catch the last train.
Posted by Roger G-S at 12:33