Considerations of a Con Game

A little more aftermath from Dragonmeet:

1. The players felt the lethal fury as I made all rolls in the open (except for sensing rolls) and fudged nothing dangerous about the adventure. However, as I had stocked it there was one puzzle-trick involving a massive sliding block intervening between them and the climactic encounter. With less than 30 minutes to go in the session I decided to remove the block trick and show a straight path to the climax. I strongly believe that at a con game, fun takes precedent. Challenge is part of that fun - so no fudging combat - but having a memorable and dangerous climax is also part of that fun. 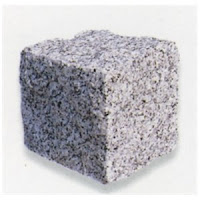 The trick was not super-dangerous, although the previous lot of players had found it quite anxiety-provoking. Look at area 9 on Dyson's map. Now imagine a 10' stone cube that starts in the north-east niche. It moves at the equivalent of a 30' /round move according to these rules:

* If no living thing is in any square of room 9 it makes its way back to its niche.
* If a living thing is in room 9 it focuses on the northernmost of these, then the westernmost of these if there is a tie. It will try to move immediately to the north of its focus first, stopped only by a wall. If it cannot move any further to the north, it will try to move to the west of its focus. This means, for example, that it will appear to "chase" a character in the top two squares of the room, and will crush anyone who stays there. If he or she darts by and stands by the south door, it will move down but stop just short of crushing.
* Being crushed against a wall is not pleasant; it does 2d6 damage a round with no saving throw.
* If you are particularly cruel, all doors to the room open inwards.
* Behind the cube is a niche with a small purple worm tooth inside, worth 250 $ to the right buyer.

2. I was considering a reward system for the con that would add a competitive element without tedious and gamesmanlike point-scoring. I didn't implement it, but offer it here for your consideration.

Arranged below from lowest to highest, like poker hands, is a series of individual outcome goals for your character. Each player secretly selects a goal before the game begins. After the game, see who achieved their goal. The one(s) who achieved the highest ranking goal win(s).

Having written this all out I now keenly want to put this kind of goal setting in action for the next one-shot I run.

3. For the information of the players: The haul of xp from monster killing is 608, and from sale of treasure brought in on the back of Bill the Mountain Camel, who had fled and was only located after an arduous search (dwarven mail shirts and mirror frame) is 458; total then is 1066. If you are not a spellcaster and have INT or WIS > 12, add 10%, so you get 1173. The gnome and rogue also get 300 xp each for cooperating to get the gem out of the dungeon. It would have been more if you had been able to sell it, but ...

Gnarro the Gnome knew that he had only one hour until the pixie dust ran out, and guessed that the elemental could only track the giant gem if he touched the ground. He put the gem in a waterskin, tied it to the rock and float it in a nearby mountain stream. Unfortunately, the elemental was capable of following the tenuous scent  from the rock, through the rope, through the leather, to the gem.  When Gnarro returned to the scene he found only a large, hemispherical hole in the river bed....