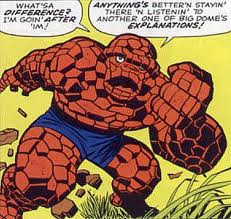 There's a mechanical problem, though, and a balance problem. The mechanical problem exists in games like D&D through 2nd edition, where monsters follow different rules than player characters. It's alluded to in the AD&D material on playing monsters as characters; how do you make a centaur or a lizardman with their multiple hit dice realistically start off on the same footing as a 1st level party of player characters?

This leads into the balance problem. The brute kind of character is strong in combat ability and resilience, but weak in subtlety, strategy, restraint and charm. (And in intelligence, wisdom and charisma, but to be fair, those are pretty much dump stats for this kind of character.) 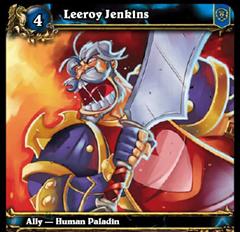 So although I'm not sold on allowing the brute type character class in my race-as-class world, this did get me thinking on how I'd implement him. First, I'd make the brute rare. For example, you'd have to score below 12 on INT, WIS and CHA, and below 9 (penalty territory) on at least two of those stats; and I allow 3d6 in order with only one switch. Then you would get +2 on STR, hit dice d6+1 (1 less bonus point than a standard fighter), and an extra hit die on character generation. Its hide would count as leather armor but would have to have custom armor fashioned for it to get any more protection. The class would have no special powers, no feats, unable to even handle a bow, nothing but a pure tank. Oh yeah, and you could choose among a variety of options; basically any bipedal creature without special abilities and 2-3 HD in the wild; lizardmen, gnolls, ogrillons for Pete's sake.

The good grace of the Old School approach is that you can play this guy like a Machiavelli, or Beast from X-Men, because his powers and stats ultimately don't circumscribe the guile and problem-solving the player brings to the table. Might be something to try, anyway.