Courtesy of the blog of weird architecture.

Fantasy version: Orc armies underestimate the peaceful mountain valley of the Gnomes of Zorich. You come across the chaotic combat raging above and below ground, and immediately see an opportunity to get your hands on some of those fabled gold bars and cuckoo clocks.

2.  Urban eccentrics in London and Washington take up excavation as a hobby and greatly complicate their cellars: 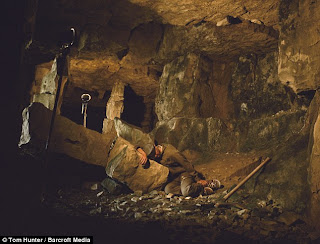 Fantasy version: Old Man Hackney's grandson and family have moved in to the house he left them ... and incautiously removed the bar and padlock on the trapdoor leading down. Seems he stopped his digging pastime for a very good reason. Now the baby is missing, the family fled and the whole neighborhood is passing the hat for a crew of heroes to clear out the basement.

3. Soviet research cities not listed on any map, with their own passports and consumer goods, abandoned to an afterlife of radioactive waste and biohazard labs. 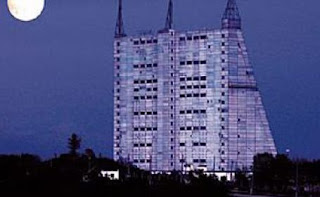 Fantasy version: The Empire made these sorcerer gulags literally invisible, behind enchanted walls of illusion that showed only the other side, and an anti-magic cordon that ensured the most dangerous wizards would be helpless if they tried to escape. Now only an incautious, dying farmer knows the secret of the poisoned ruins within, their population of ape-hybrid and head-transplant mutations, their stockpiles of forgotten, unauthorized magical devices.

4. The hypothetical Castellum Umbrarum, a shade of Plato from the late Middle Ages, in which projections on the wall from inside and outside each room would create moving shadow figures. 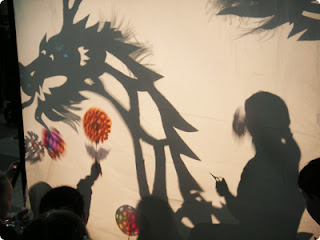 Fantasy version: The transparent glass and mica walls of the Castellum's convoluted interior are infused with ancient pacts in silhouette form, reaching and binding creatures of the Plane of Shadows. Light sources taken into one room or passage will create shadow monsters in the other. The strength of these monsters will depend on the light projected to make them: candles the weakest, magical light the strongest and most dangerous. Looking with infravision will create invisible creatures. All who know this secret also know that going in with no light at all will avoid the monsters; but none, yet, have dared.