In the Wizards editions of D&D, much is made of the tactical depth that the plethora of feats and skills gives to combat. This is part of a conscious decision to make fighter-types as interesting to play as classes that must make tactical and strategic choices among spells and skills. 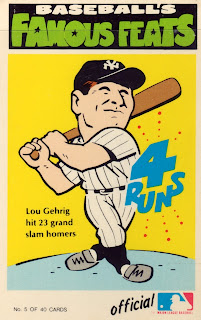 I say "Bah to that!" and "Yay to dumb fighters!" Well, not exactly dumb; even when doing little more than tracking positioning in a fight, knowing how to use that can mean the difference between life and death. But in my view of the class archetypes, fighters are intentionally the straightforward ones. They don't have to make as many hard choices that are tied in with their class powers, and that is a good thing that serves the diverse needs of players.

Of course, this doesn't mean that playing a fighter has to be boring. In my house rules, awesome and interesting things happen to fighters without any choice. I use Arneson's "chop till you drop" rule to grant extra attacks when an enemy falls, as well as compensating low damage rolls  by having them inflict a critical effect on the enemy with some weapons (feats of force) and a fumble on the enemy with others (feats of finesse; I now reward low damage for both types of weapons, unlike the linked rule). Over some 8 sessions of play, these rules have proved to be fun and empowering without slowing down play.

It's the rogue - not just thieves in my view, but all kinds of light fighter - that I envision as using optional feats more effectively. But even for this goal, math-crunching can really take away from immersion in the game. An all-out attack where you get +2 to hit and -2 to armor class, for instance, can be wildly more effective depending on the relative to-hit ability and armor class of yourself and your opponent. Against someone you're hitting only on a 19, that doubles your effective damage. But if you're hitting on an 11 and your opponent hits only on a 19, that gives you only 20% increase in potential damage while doubling your opponent's. I want you to use your Piercing Stab not because you have calculated it increases your Actuarial Expected Damage Coefficient (AEDC) by 24%, but because you observe that the plates of the dragon are thick and scaly.


Which feats to take should mainly be a strategic, character-level rather than tactical choice. It should be back-loaded onto higher levels, so it doesn't encumber character creation. Also, the mathy figgering-out should be done by the rules designer rather than the player, trying to keep things as balanced as possible. For instance, do you want each feat on average to give the equivalent of +2 to hit (MATH CORRECTED)? This means, assuming a 50% chance to hit the typical opponent, the feat improves the chance by 20% (50% / 50%); 20% of the average damage per round, 2.5, is a half point of damage per round. It also means that an extra chance to hit (including gaining initiative or opponents being incapacitated from a critical hit effect) is worth 2.5 damage, so to be balanced it should happen about 1/5 (20%) of the time. This is roughly in line with the 1/6 to 1/4 chance of a crit/fumble my "feats of force and finesse" rule gives.

Defensive bonuses are harder to balance out, depending as they do on the relative hit probabilities and hit point totals involved. Anyway, I'm ruling these out as feats because a straight AC bonus prolongs fights, and this is anathema to our goal of making them more fun. Any defense will come as a side-effect of feats such as being able to disengage from combat without penalty, or maneuver into a position where fewer foes can hit. I'm also not ruling out hit point recovery mechanisms mirroring the bonus damage amount (about 1 hp every other combat round), making the most of the concept of hit points as player confidence and morale.