Does Combat Feel Different Across Levels? And Is That Good? 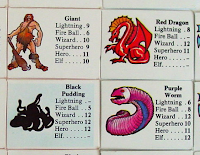 A parody of adventure game design - almost like the old Dungeon! game, or the present-day Munchkin game - would base combat and skill outcomes on a die roll, factoring in the character's level, the challenge's level, and different outcomes for different end numbers.

Well, I say parody, but such a super-abstracted combat actually shows up in other games that emphasize exploration and interaction over the minutiae of combat, starting with Chainmail, proceeding through Tunnels and Trolls, and following through in a myriad narrative-oriented games that keep a long arm's length from wargaming.

And this is how 3rd edition D&D handles skills. As a result, using skills at high levels feels just like using them at low levels. At level 10 you are picking the super-titanium-elder-dwarven-riddle-lock with exactly the same odds and procedure that you used to pick the rusty old peasant lock at level 1.

But in all versions of D&D, combat at high levels works qualitatively differently than combat at low levels. Skipping over the math and simulation aspect, the executive summary is that low level combat is short and deadly, high level combat is long and grindy, and it relies heavily on magic to keep it from being even more long and grindy. This is because:
Two things are clear from this.

First, without a wizard-type, high-level combats risk being lengthy grinds. This is doubly true of the situation where higher-level characters face a horde of low-level monsters. I remember in my first year of playing AD&D how the party - by then third level and equipped with magical gear - faced a conga line of about 50 kobolds coming through a 5' doorway. Needing a 20 to hit our frontline fighter, the kobolds provided possibly the least fun ever seen in a D&D combat, even applying the multiple fighter attacks rule (which presumably had been put into AD&D precisely to speed up this kind of situation). 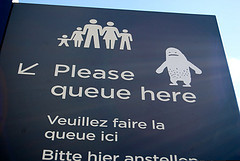 Second, while the PC chances to hit rising are more or less balanced by monster damage rising, the leeway available before character death leads to another source of qualitative differences. Low-level combats are deadly because a lucky monster damage roll can knock characters down to zero HP easily. In high-level fights, standard damage is more easily dealt with over the course of many rounds, and deadliness comes from save-or-die effects and the occasional massive damage source like dragon breath.

Both of these qualitative differences, I think, work to the detriment of higher-level combat, taking the basic workings of the system from quick, deadly and exciting to long, slow and predictable. Combat needs to be goosed up with blast 'em spells or deadly monster powers, and this means that when you don't have those elements it turns into a slog.

Next: solutions for high-level combat, old and new.
Posted by Roger G-S at 13:56