The stories of John Cheever are said to epitomize late 20th Century middle-class life in New York and its suburbs. But he's got much more than his contemporaries John Updike or Philip Roth achieved in that department. There is a willingness to reach into magical realism, a sense of life's capriciousness, a tendency to play it as it lays. The influence of Cheever can be found, by Matt Weiner's own admission, in Mad Men. Cheever would have hated Dragonlance or Ravenloft. If Roald Dahl had written Tomb of Horrors, Cheever might be responsible for Caverns of Thracia, and Tom Wolfe, perhaps, Rahasia.

I don’t work with plots.
I work with intuition, apprehension, dreams, concepts.
Characters and events come simultaneously to me.
Plot implies narrative and a lot of crap.
It is a calculated attempt to hold the reader’s interest at the sacrifice of moral conviction.
Of course, one doesn’t want to be boring . . . one needs an element of suspense.
But a good narrative is a rudimentary structure, rather like a kidney.

Last time in Game of Iron I presented the players with a dragon. It attacked a place they were in -- but it wasn't a Hollywood second-act "base invasion," rather more of an illustration of the heating up of the conflict between powers that they were entering into. They chose to withdraw rather than fight it, chose to pursue their existing quest rather than go dragon hunting. The dragon had a lair in my book, from an old Dungeon magazine - had a whole plot attached, fitted into the power structure. That dragon may or may not show up again.

Plot is what you look back on. I only started out running Tomb of the Iron God and somehow that iron statue spawned a whole conspiratorial prophetic mythology over the run of two and a half years. It spawned a gigantic iron statue in pieces and the smaller wearable pieces that control the big pieces and the revelation that this is only one possible way the coming Iron Age could turn out.

Plot is the kidney, not the heart or the brain. All you need is a number of powers, a number of places and maguffins and people that are key to that power, the revelation of the need to transport or unite or create or destroy or defend in order to shift or preserve the balance of power- and that is enough for play.
Posted by Roger G-S at 23:05 1 comment: 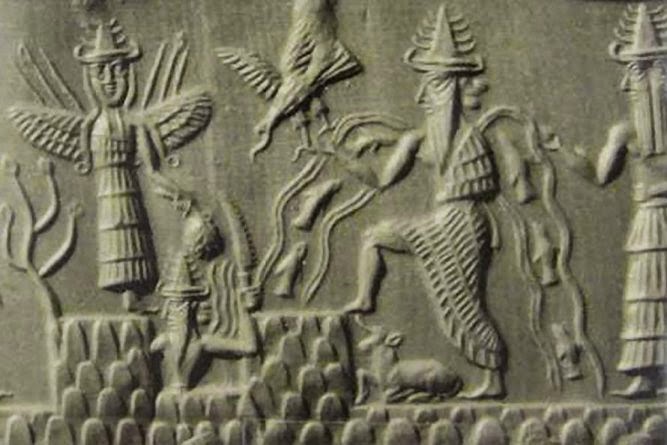 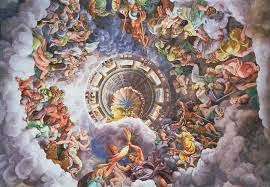 It is the world-building and world-defining nature of these questions that makes geek discourse so impassioned, so theological. Almost by definition, to be a geek is to become immersed in a sub-world, whether by expanding to imagine a totally different universe of reality, or by shrinking the boundaries of obsession to cover a computer operating system. If the dialogue in roleplaying is particularly heated, pompous, intractable or obtuse, that is just the consequence of a theological argument conducted by the gods themselves.
Posted by Roger G-S at 08:49 4 comments: