Having just finished Rothfuss' The Name of the Wind, a Christmas present, I can see why it's such a divisive novel. It's a sharply told story, with lots of interesting challenges and characters. It has a smartest-guy-in-room protagonist who skates just on the right side of insufferable. It has, dare I say, a well-thought-out magic system that puts sorcery side by side with science.

But, but, but. The world in this novel - cramped, generic, no great vistas of space or time. If there is a fault of American fantasy authors, at least those who do not do their research like Wolfe and Martin or drink deep of the weird well like Vance and Clark Ashton Smith, it's that they have no sense of the strangeness of history. Their worlds (for example, Donaldson, Eddings, Jordan, Gary Gygax when he turned his pen to fiction, and now Rothfuss) tend to default to a kind of off-the-shelf pre-industrial idyll.

Although sometimes compared to the cod-archaism of a Renaissance faire, the better comparison of these fantasylands - aptly for the young age of the American republic - is to a nineteenth century sans gunpowder or steam. No feudal ties, ancien regime, or dead hand of the past burden these republican minds in a nominal monarchy. The sparse areas recall the Wild West, complete with the ever-present taverns and bartenders; farmed areas populated by sturdy Midwestern yeomen; cities as Dickensian hives of colorful crooks, pompous officials, and kindly benefactors; Rothfuss' University not too far away, either, from the Tom Brown's School Days playbook more famously cribbed by J. K. Rowling.  Chattel slavery stays away from fantasyland, perhaps a wish that by going back to mock-Europe and eliminating black and red people from the narrative, one can also wish away that ugly resonance of American history. (Credit must go to Orson Scott Card for confronting the mythology and history of the American frontier head-on in his Seventh Son series.)

In other regards the generic fantasyland shies away even from the strangeness of the nineteenth century and before. Yes, the trend has been to write that era's dialogue in the stilted literary language it left behind (David Milch's Deadwood, Charles Frazier's Cold Mountain) but I'm talking about more intangible things. The rules on affectionate relations between the sexes, and within the sexes, were different. Honor and reputation counted for more. But the generic American fantasy writer tries to buy our sympathy by making the main characters "just like us" - or better - in personal and sexual mores.

Now British makers of fantasy worlds grow up in cities and countryside filled with ancient ruins, partitioned by ancient boundaries, ditches, roads and hedges. If anything, their sins of laziness are to view history too much from the modern eye, either gussied up in the twee accents of folklore or vulgarized in the manner of the "Horrible Histories" children's books into a panorama of gross-outs and sadism.

It's hard enough to find good psychological historical fiction - novels that present characters who are sympathetic but also believably alien, like Aubrey and Maturin, Patrick O'Brien's archetypal Tory-Whig duo from the age of fighting sail. But to construct a fantasy that comes with its own psychology -- the casual cruelties of Gene Wolfe under a sun that may go out any moment, for example, or the low-tech future African witchcraft of Nnedi Okorafor - that is what I would most see as worthwhile to read. Anything out there?

I would never have predicted I'd be playing the Ungame with one of my inlaw families over Christmas break. But that, plus a viewing of Fargo, leads to this. 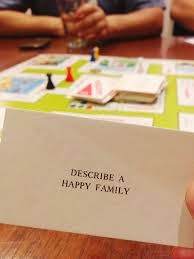 Then, instead of playing Fiasco, play a game within a game. Your lowlife Fiasco characters are trapped in a community rehab house, playing an hour's worth of the Ungame . Answer the questions from their point of view. The challenge is to tell a story through the playing of the game. Good luck!
Posted by Roger G-S at 02:16 1 comment:

The next in the series of environment-specific, d20/d20/d20 tables. Hot enough for you? Water is next ... actually fresh water, as my plan calls for separate "water" and "sea" tables.

As a reminder, the table is also available in pop-up format. 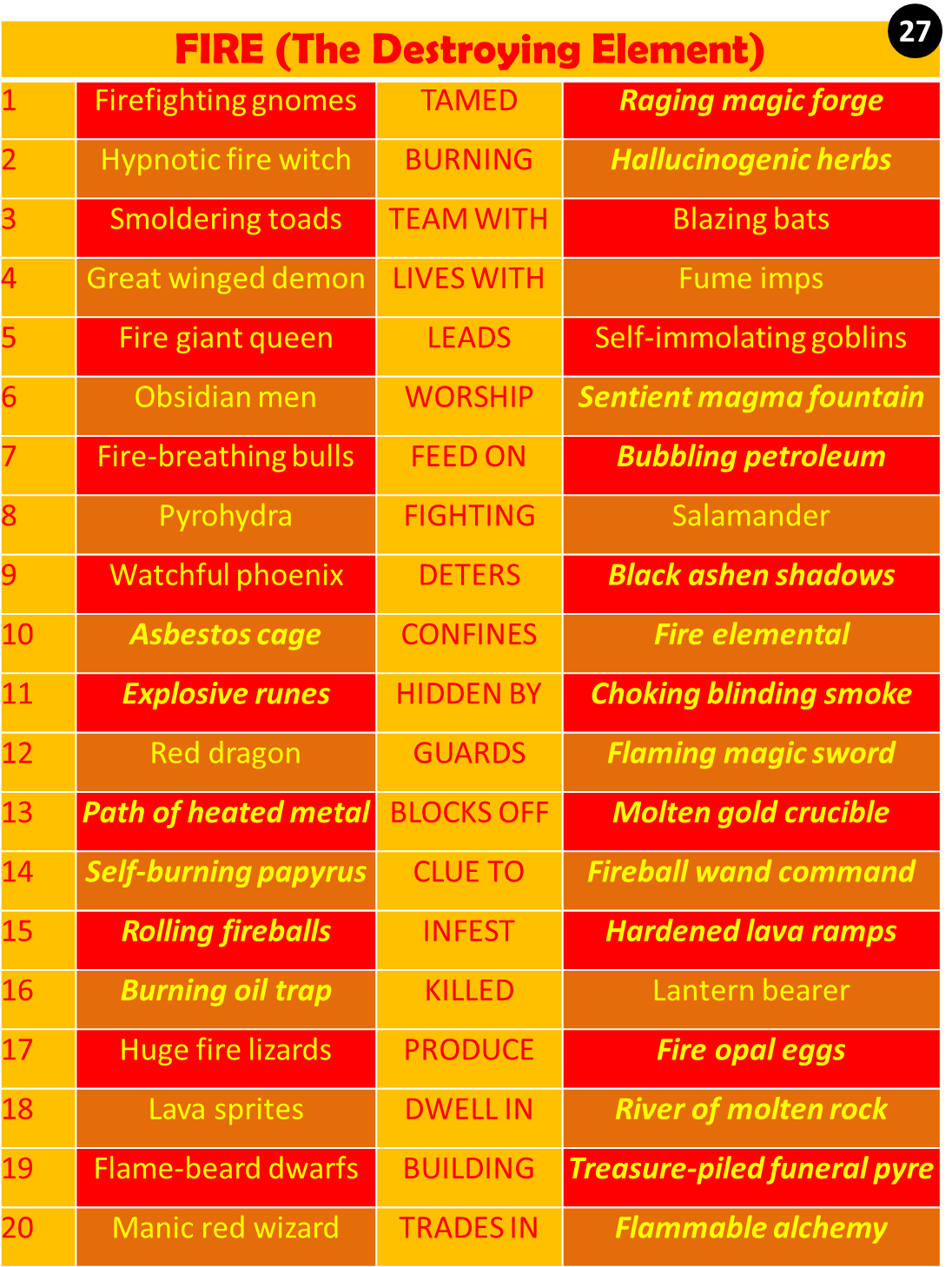 Well, today my confidential agent passed on the copies of Death Frost Doom and Red & Pleasant Land obtained at Dragonmeet.

Red & Pleasant ... I'm still digesting. But here are the two most revelatory things about the
Raggi/Zak/Jez/et al. DFD rework/reprint, at least when it comes to adventure writing..

One, the writing starts out with a very brief rumor and some ways (aimed at the referee) to get the players into the situation. And then the adventure. There is no turgid, omniscient history drop ("and in the year 853 by the Dronish Calendar the Great Tetrarch decreed..."), no dull and generic village, no table of rumors.

The place has a history ...and mysteries ... but these are revealed as the players would see them, through the areas of the adventure. Anything that isn't revealable through the adventure isn't part of the text.

Two - and related in some way to One - the writing is aimed directly at the referee. Suggestions made, campaign-specific adjustments insinuated, multiple mechanical options outlined, previous printings and actual play runs referred to, soundtrack suggested. Again, there is no omniscient hokey-pokey, but neither are descriptions short. Likely player choices are boldfaced in the text and the ensuing effects described after.

What this all suggests is that history should be a scaffolding, to keep continuity correct and provide grist for specifics, but needs to be tucked away in an Appendix or even conveniently forgotten for the final product. The start of the adventure should draw the DM/reader in, allowing them to share in the discovery that the players will later experience in a much more immersive way.
Posted by Roger G-S at 00:35 No comments:

The Least Plausible Word in "Dungeons And Dragons" 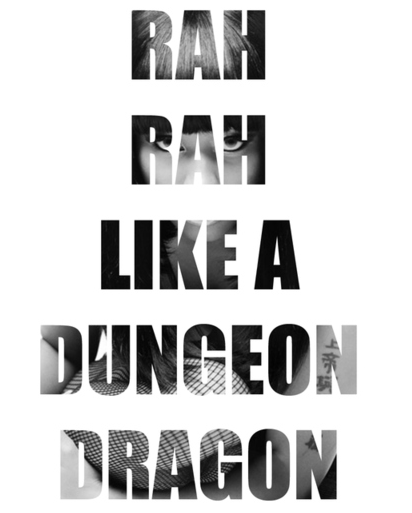 Food is hard to find.
The monsters get harder as you go down levels from the surface.
The toughest, hardest monster in the dungeon is ...

A large flying meat-eating creature.
Pretty formidable in combat ... unless attacked from the back with no way to turn around.

I realize these play reports may  not be the most exciting reading, but hell with it, I do need to document my campaigns like this, and it helps the players if this kind of collective memory is preserved.

In the meantime, I do have about three more meaty posts on the slow, slow go.

And still bummed I have to miss Dragonmeet this year.


Fingauble, the wizard who had been paying the Lightning's Hand party to grant access to the library of the Mad Archmage, opened negotiations with the Muleteers for a cheaper deal if they could find out the secret to opening the doors, which he thought was a password. After reviewing their analysis of the 25 puzzle rooms he opined that they must have made an error somewhere, and that there should be a way to determine in what order the path adds letters of rooms to the word. The Muleteers inadvertently gave away their guesses about the password to the final interior door of the library, which Fingauble "charitably" repaid by casting a Detect Magic spell for free. Fingauble further agreed to give the party 50 pieces of gold and a scroll and holy robe that would help in fighting the demons in the upper castle cellars if they gave him the secret to entering the library.

The next day, Grimnir wandered off and the remaining Muleteers headed to the Castle to study the puzzle rooms. On the way, they were approached by a pack of five beak dogs, which their tame beak dog seemed all too eager to meet. As the beak dogs loped toward them, they staked down the tame dog and opened up with missiles. The pack charged and managed to seriously injure Erasmo's head and arm, also giving Titus a good scare with a near-miss beak to the throat, so that against such odds there was no such choice but to flee. The beak dogs soon freed their fellow beast and after a short test of dominance accepted him into the pack. With what remained of the day the Muleteers decided to make haste to the Grey City, leaving the still-injured Nixington and Erasmo in Garyburgh to heal more.

On arriving at the Silver Eel Inn these travellers found a large beer cart parked outside and a drinking contest about to begin courtesy of the Fickle Firkin brewery. The contest was eventually won by a dwarf (of course) but for a while Winmore held him neck and neck, and got a forty ounce bottle of beer as a runner-up prize. The members of the party were wheeled into their rooms afterward.

Back in Garyburgh, in the common room of the Wizard's Wench, as the end of the evening drew into sight, a peasant ran in shouting "Orcs in the fields!" The initial order of battle of the defenders of the village consisted of the barkeep and a following of drunkards; Captain Rurik and a detachment of six Grey City-State guards; the novice adventuring party Free Roamers, down to four active members after taking injuries in a fight with kobolds; the five-strong Lightning's Hand, their lightning wand, alas, depleted; and the weakened, leg-maimed Muleteer wizard Nixington.

The night was wracked by strong-gusting winds and rain. The defenders saw torch lights behind a line of trees and charged there, only to find the lights were an illusion, and came back to find the village green surging with Bloody Axe orcs, the same tribe seen and fought in the dungeons. Nixington, exposed, almost took an arrow. Spellcast and sound fighting held off the central thrust of the attack, but not before another Free Roamer went down injured. Fingauble came down the stair of the inn, grumbling about roisterers outside disturbing his sleep, opened a window and casually lobbed a ten die fireball into the midst of a cluster of orcs before heading back upstairs.

But on the flank, fighting between the houses, orcs slaughtered the barkeep and drunks, then outflanked and slew all but one of the guards. An old man was spotted at the back of their ranks, consorting with a baboon and two young, strong fellows - the same group the party had heard tell of before, travelling to Garyburgh and then vanishing. This old man was a spell caster, incapacitating foes with stinking vapors and placing a charm on Rurik. When the flanking group emerged into the square and saw charred bodies and smoldering grass, they beat a retreat into the night, Rurik among them.

In the morning after the slaughter, it became clear that no law or government would be left in Garyburgh, as Pennypacker the tax collector loaded a cart with worldly goods and family and set off back to safer places. For now, it was enough to bury the dead: 10 humans and more than 20 orcs. One captive orc commander remained to tell the tale.
Posted by Roger G-S at 20:11 1 comment: