Dragonmeet, London's one-day gaming convention, is coming up on the 5th December and unlike last year I can actually attend. It is my tradition to run an adventure from the one page dungeon contest, using the 52 Pages system, and name it after a rock song. This year is no exception, as I run Michael Prescott's winning adventure. 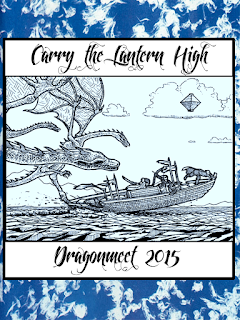 In which you have to get to that octahedron in the sky and wrestle forth its secrets. And now the theme will extend to the pre-generated characters, viz. 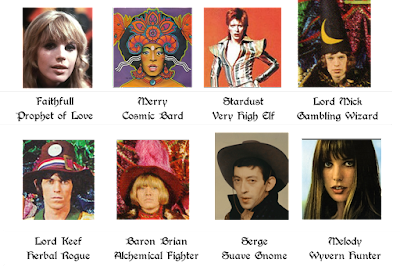 Well, there isn't much of a schedule visible yet because hey, Dragonmeet. But I am looking forward to it!
Posted by Roger G-S at 12:54 3 comments: 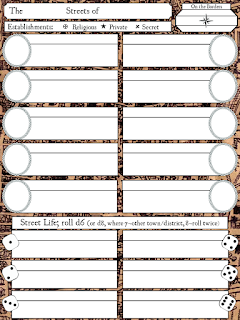 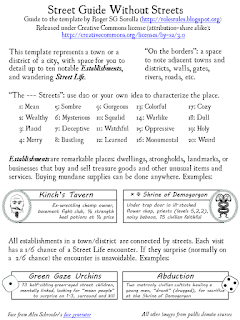 Having discussed the armor-mobility tradeoff, another balance issue in fantasy games is whether wizards get to wear armor.

In editions of D&D up to 2nd, the explanations were as vague as hit points. The metal in armor disrupts magical energies;the encumbrance limits the wizard's gestures; you need training to wear armor, which the wizard doesn't have. While earlier editions ignored the rather obvious exceptions to the first two explanations (wear leather armor; cast spells without gestures), the third eventually became canon, starting with 3rd edition. With the rationalization of this rule came the rationalization of the way out. If the wizard becomes proficient in stomping around heavy armor, at the expense of more class-appropriate character development, he or she can certainly wear it.

These game-world reasons, though, are maybe besides the point. Their slow development over time shows that a stronger reasons is game balance. More specifically, class role protection. A wizard should have reasons within the game mechanics to act like a wizard, lobbing spells from the back row, protected by tougher characters up front. So, we make the wizard weak in single combat; fantasy artillery.

But I think there's a third reason. Wizards need to look like wizards, and the archetype of a wizard (unlike a knight, or a cleric militant) has nothing to do with armor. 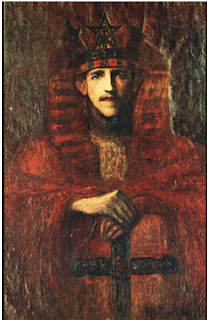 Here's what convinced me: Let's accept the "game balance" reason and any of the game-world reasons of conductivity, encumbrance, or training. How would the strategic wizard dress for adventure or the battlefield?

Remember, this is a world where a spell-caster can turn the tide of battle, if not interrupted by a well-timed arrow. So your wizard is standing there like the officers of Napoleonic warfare, in a bright costume of visibility and authority, ready to be picked off. In civilization things are not much better; sometimes wizards are respected, other times they're burned at the stake. The logical, rational play is to dress your wizard normally - as a goose girl, traveling peddler, pack bearer, or whatever. Letthe magic do the talking, when it needs to.

Indeed, these considerations (or maybe just the inconvenience of flowing robes and a tall hat in a cave crawl) seem to have come into play designing the Ral Partha line of official AD&D 2nd edition miniatures. In keeping with the mundane fantasy-realism of that period, the "adventuring mages" and "wandering sorcerers" all sport practical breeches-and-jerkin combos, with nary a horned headdress or navel gem in sight, 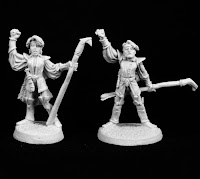 Well, to hell with that! Wizards should be flamboyant, identifiable; that should be their mark, their pride, their penalty. It's not that armor encumbers or disrupts the magic, but it'snot part of the outfit. And the outfit is necessary for the magic to work - the wizard needs to feel like a wizard, needs the ritual vestments of the role in order to believe and have the forces of the universe believe. This is a principle of hermetic ritual magic (pdf) and it is a good reason in a game world as well. 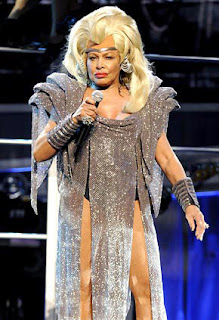 What can wizards look like? They can go for shabby but unmistakably sorcerous, like Gandalf; they can dress like a god, a priest, a performer, an extreme dandy; they can show too much skin or cover up too much skin. This series of photo posts gives a good idea.

The "cosplay" rationale also means that there are certain type of armor wizards can wear. If flamboyant, impractical, otherworldly, then the armor can be worn, but it's likely to give less protection for more restriction of movement. For example: 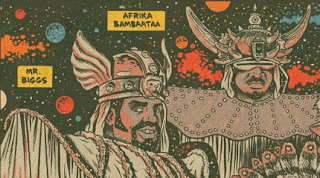 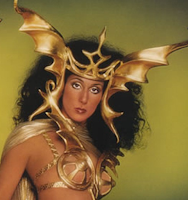 I would rule this "ritual armor" as costing 10 times as much as light (leather) armor and either encumbering as medium armor, to a move of 9" (Bam and Biggs) or giving only 1 rather than 2 points of protection (Cher).