Tables and the Military

A brief interlude from the hit points posts, spurred on by DaveL's observations in the comments about the clunkiness of armor class tables.

Thinking about some of the things in 1970's roleplaying games that failed to survive in the 80's, one evolutionary dead end was the table. I'm not talking about wacky, 100 random things you roll on tables. Those are alive and kicking. Rather, I'm talking about tables that let you calculate things that, maybe, a simple algorithm could do for you instead. The experience points, hit and saving throw matrices in D&D, not to mention the famed Rolemaster line, are direct descendants of the board wargame table - combat results, weather, attrition, you name it. 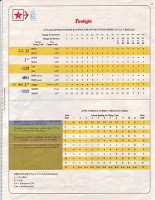 And what experience in that generation prepared them for that tablemania? Why did the gaming generation in the 80's and after reject tables in favor of THAC0, roll-and-bonus mechanics, Target Numbers? Yes, it might just have been a development in game evolution; a change for the simpler and better. It certainly wasn't the change from table lookups to computers in education. That happened later. As late as 1996 I was teaching undergrad statistics at a major, wealthy (I mean loaded) US private university using a chalkboard, with a Chinese TA fresh off the boat, and tables in the back of the textbook.

Think about another aspect of 1970's wargaming that also went the way of the dodo - the numbered "case" system in rulebooks, peppered with inscrutable acronyms. Anyone who's read a US military field manual from the period (like this cheery example) will recognize the inspiration for the format of the wargame rulebook, down to the decimal points and sans-serif font. And yes, the thing is loaded with tables. The Advanced Squad Leader system goes so far as to organize all its modular rules into looseleaf binders, field manual style. 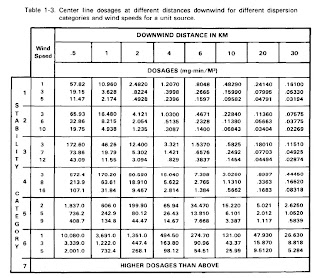 This, perhaps, is the real dividing line - between the generation that had a substantial portion of its men go through a military rite of passage thanks to the draft, and the first generation (mine, post-Vietnam) that did not. Tables may be clunky, but they require little thought, can be referred to in adverse conditions without ambiguity. And they're part of the military way of life. Field manuals can be cited chapter and verse, and their typography and illustrations, though lacking in professionally illustrated spiky armor and anorexic monsters, exude a certain authority.

My generation registered, but never got called up under the shadow of World War 3. Knowing people who suffered through military service in Spain and Greece, I'm not going to say that the draft is great for building character - though there's a difference between the mutual respect of populace and military in those countries, and in the USA. It is informative, however, that just as many of the present-day cheerleaders for war distinguished themselves as draft dodgers, the looming threat of being called up made young men in the 60's and 70's more anti-war. At any rate, we live in strange times where the military experience and games once again approximate each other, but from a different direction - war is now taking cues from computer games.
Posted by Roger G-S at 22:54