Although my current RPG campaign is on hiatus I got two chances recently to introduce novices to roleplaying using Chris McDowall's Into the Odd. This is not a review so much as a breakdown of what works and what doesn't work for me.

Character generation is simple and yields perfect shabby-Victorian protagonists for this weird industrial setting, more punk than steam. Starting equipment is derived super quickly, balancing out poor stat rolls with better stuff. All magic resides in things (arcana) and nobody is extra at anything. You are only as good as your starting rolls, your stuff, and later your levels which let you survive better.

The Oddpendium is a fabulous gaggle of percentile tables that let you quickly generate info about characters, places, and things. It conveys and embroiders the setting.

New players love the quirky characters and the quick dive into action. There are real Every-beings without super-powers or fancy tricks. The system forces low cunning and inventiveness to get by.

Behind the screen (well, the uptilted book) I was sweating a little. The system outright omits some features I am used to in judging adventurous events.

No skills, just saves vs. ability scores. I guess this makes a statement about the replaceability of characters and importance of possessions in an industrial world. I found it more fun and characterizing to roll a random former profession and give an extra roll, or "advantage" in 5e terms, on saves related to it. And "saves" can be proactive, covering any player action that is unsure to work. New players really need all the hooks for character they can grab.

Combat is simple and safe-till-it's-deadly; being in combat means you score a die roll's amount of damage which is taken first from hit points, which high level characters and monsters have more of, and then from Strength. Each wound to Strength requires a Strength save or you are incapacitated, and dead if not tended to. Advantage and disadvantage in combat means using a bigger or smaller die. Armor can only reduce 1 point of damage, or more for certain monsters.

I like the limited armor - that's in-setting - and randomly deadly wounds. But -- I find there's something you miss by not having a hit roll or the possibility of defense in melee. There's firearms, so taking a long shot seems particularly poor to model and not well covered by the disadvantage idea. You can try to flee when your hit points are zero, but they'll always be able to "hit" you as you run.

At a minimum I suggest: To get a shot in at long range with a ranged weapon, save Dex at disadvantage. Medium range, just save Dex. Automatic damage at close or point blank range.

In close melee, damage with fists (d4) or short bladed weapon (d6) or claws/teeth is automatic. With surprise, damage is also automatic. At swords' length, each attacker saves vs. Dex to hit, and each defender gets one Dex save against one attacker to parry or evade. To speed up a fight you can take Disadvantage on the attack to force the defender to do the same on the defense. If a successful hit is met with a successful parry, both sides roll damage and the difference is applied to the loser. 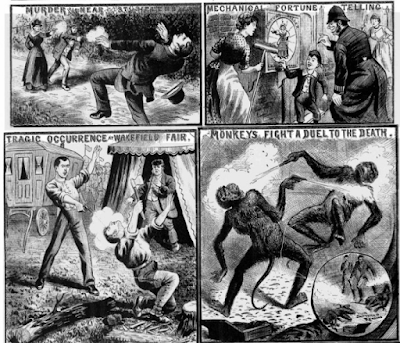