Juggling more thoughts about experience systems, I realized I see problems with pretty much every single-source solution. Yes, I'm intentionally leaving out "xp for just showing up" because just showing up is not what I want to reward, at least among adults. 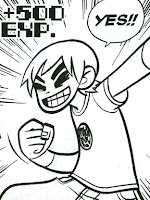 XP for treasure found and retrieved, only
Rewards: Treasure seeking by any means; avoiding combat; the players as adventurers, not plot monkeys.
DM judgment calls: Defining what is treasure; should bounties and rewards count? The loot from a plundered town?
Hidden sticky points: Sticking with standard, classic 1000-2500 xp to reach first level, that's a lot of treasure running through your hands - enough to max out a fighter's standard equipment. Hard to make players stay hungry.

XP for treasure spent on "useless" goods and activity, only (carousing, etc.)
Rewards: Demand-side rather than supply-side behavior; your party can get rich running a caravan or looting a town and level up, because the experience comes from money spent.
DM judgment calls: Minimal; you do have to decide when something is useless, but this can be strictly defined in a list of allowed activities.
Hidden sticky points: As above regarding amount of treasure. You may have to choose between spending on useful equipment and getting levels, which is a temptation to overcalculate things.

XP for monsters slain
Rewards: Facing monsters; heroic combat; unless adjusted for imbalance, pointless hunting expeditions.
DM judgment calls: When NPC's count; when the players are farming instead of adventuring.
Hidden sticky points: Adjusting XP for balance ratios can be fiddly and mechanical.

XP for exploration and defined missions
Rewards: Other forms of adventuring than treasure hunting, and other forms of overcoming than monster slaying
DM judgment calls: What a particular exploration goal or mission is worth. No real good guidelines I can see out there. Also, how to deal with somewhat subverted missions.
Hidden sticky points: Lots of DM subjectivity as to where to seed your Easter egg baskets of goodies.

Perhaps I currently run a mix of all four - monsters and treasure, plus carousing, plus occasional set rewards for challenges and adventures with neither monsters nor treasure - because I see drawbacks in each of them. If I had to drop one, it would be monster XP - replacing it with goal awards. Rewarding the process of treasure finding is important, but treasure spending, carousing and the like, also adds great color to a game. Training should be an option for leveling up; but so should drunken revelry, ostentatious charity, or arcane scholarship.
Posted by Roger G-S at 12:30