Here is one thing I have learned since turning my hand to active DMing as an adult: 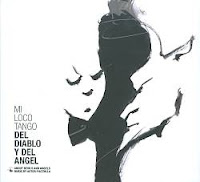 and this applies to antisocial behavior, too. Many, many bytes have flown across the internet concerning the scourge of the player who backstabs and steals from the party, or the lout with poor social skills. Many suggestions have been made about how to deal with these people. But I say rule number one is fun.

We almost never see the following situation brought up. I'm not sure how common it is, but consider it as a thought experiment.

Five people and a GM get together to play a game. Four of the five players have fun playing a freewheeling, treasure-filching, underhanded bastard. The fifth wants to play cooperatively and do great and heroic things.  This causes friction at the table.

Yes, this is a conflict of fun, too. As much so as when the numbers are the other way around. The way to resolve this is the same - alert the out-of-step player that they are out of step and give them the choice to either play differently or leave the group. Or, maybe you as GM don't think you have the skills to referee a four-way intrigue hurlyburly, so the right thing to do is confess: "I can't produce fun for you guys." And not put it on the players.

But why is this situation never recognized? Even if it never happens, even as a thought experiment, it has the value of focusing you on what is really right and wrong about the situation. Thinking about it makes you realize that a lot of this "behavior advice" is actually moralization of one kind of fun over another. A lot of this advice, consciously or not, is taking the kind of behavioral modeling you might apply to a classroom of schoolchildren and trying to apply it to adults who choose to play a game together.

To give my personal odyssey: Running my first old-school campaign, I was exaggeratedly afraid of the hazards of backstabbing, even though its players were three of the nicest and most cooperative people I've seen. I required them to swear an oath of mutual support to the folk-saint of adventurers on the skull of a dragon, which was completely unnecessary. The current campaign group flies very well without such artifice. Even more so, DMing pickup sessions for the university game club has given me a renewed appreciation for the sneaky player, how to handle them and let them contribute to the fun. It may be that I put them on best behavior (I did get addressed as "sir" a few times when I first started showing up), but at the same time I've managed to have good times DMing the high-flown as well as venal, the socially skilled and the more unfortunate.

Yes, there are hard cases and horror stories. And those, as in all things, tend to circulate because they make good campfire tales. But those situations should be judged and handled the same way you would handle any other social situations. Letting go of the need to implement some kind of maturity lesson into your rules and play, I think, is the sign of true maturity.
Posted by Roger G-S at 18:03