"I Loot the Bodies!" I: Itchy Fleas 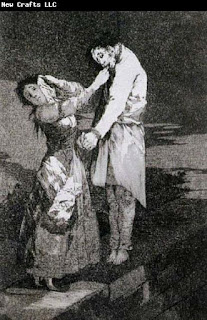 The first of a few observations about the classic victory cry of the adventurer.

Looting the bleeding, crushed, burned and hacked bodies of dead foes is, for many adventure gamers, just a boring, routine conclusion to a scary fight, usually rewarded with a few coppers or a single low-value trinket. You know the real important loot is probably back in the lair, sitting on a trap or locked up tight. Where's the moral horror that this act should raise in sensitive minds?

Well, if there's no horror in robbing the imaginary dead, there may be disgust  if corpse-searching exposes yourself to their fleas and lice. And if the vermin bring a play disadvantage, you're sure to see more wariness and a little more respect for the poor old stiffs. 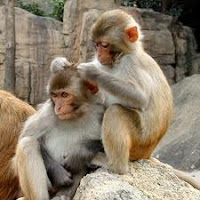 Per verminous body looted, there is a 1/3 chance of contracting the body's insects. An infestation makes it 1/3 probable each night that sleep is disturbed, meaning you recover 1 less hit point or can't memorize your highest level of spell. A good bath in town with proper scrubbing and hair-picking (cost: 1$) will remove the infestation. If you've got a boyfriend or girlfriend, they'll do it for free. Usually.

So, here's how the commonly-seen thief/rogue ability of picking pockets can finally come in useful without getting into trouble with the law or worse, robbing fellow party members. Simply put, the pickpocket can use the skill to loot a body without the risk of contracting vermin.

Pedicular pests can also be a risk of low-quality inns, and make certain gross and hairy monsters even scarier after death. "Y'ever see what happens to a feller gets bit by some a' dem bugbear lice? 'Taint a purty sight..." says the old one-armed man at the tavern.
Posted by Roger G-S at 12:30