There's been a conversation going on at the RPGsite forum about the possibility of adapting social mechanics from other games into D&D. This suggestion spun off from another, rambling discussion about what if anything can save D&D 4th edition from its less than stellar sales figures. Based on a Wizards market survey from 1999 that segments the tabletop RPG market, Ryan Dancey (architect of the Open Game License) thinks that the players who just want to hack and slash or play cool characters have been lost to MMOs, and games need to focus their rules on the other motivations, like story play.

Well, I have bad news for the tabletop RPG market. You can do a perfectly good story and character driven game without selling a single rulebook, die or figurine. Thousands of fans have been doing this for years now online. Their "sourcebooks" are popular anime/manga or fantasy fiction series. I hope to soon have a guest article or two about this interesting scene that may be one future of roleplaying. 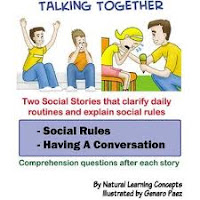 Really, what we know as a role-playing game wraps an unstructured character interaction and problem-solving system around a quite structured combat and adventure game core. I'll say it again: you don't need to structure the social game with rules for it to happen. Thinking you that do, as a tabletop game publisher ... turning to the dark and clever arts of the Forge school of social mechanic design, in hope of breaching the mass market ... sorry guys, that's like being a ragtime piano roll publisher in the 1920's and thinking that you can overcome the wireless and phonograph by getting more into Stravinsky and Schoenberg.

(I mean, I handle live theory for a living, as an academic. I know the temptation to believe that by having the coolest theory you can master praxis. But it ain't necessarily so.)

I like the hybrid of improv and rules because it lets people participate on different levels. I think Zak intuits this too, in his recent must-read post about creativity in rock bands and gaming groups. I realize other people may lean more toward pure rules, or pure improv, and that's fine. Imagine if the previous generation of Fletcher Pratt naval wargame players had butted in on the D&D generation, demanding Wellsian skill-fire procedures and ballroom-sized dungeons, dammit! I don't want to be that dead hand of the past.

From the industry side, the money is obviously to be made from selling an "official" structure of rules and paraphernalia; people are not going to pay a red cent for something they can just do with their friends on line using shared canon knowledge from media they have already consumed. The real question is not market segmentation, but how you adapt a game to the new generation of users, where people spend a lot of time on-line just because it's convenient, and want their face-to-face activities to be short, well-defined and conclusive.

That's my opinion, anyway. But now I put it to you: What would you do if you were running Wizards of the Coast right now?
Posted by Roger G-S at 00:16