Part of developing the 52 Pages Next, the Expert-like rules extension for my game, involves coming up with alternate powers (feats, whatever) for fighters and rogues as well as what they can do at 5th level. Well, here they are: 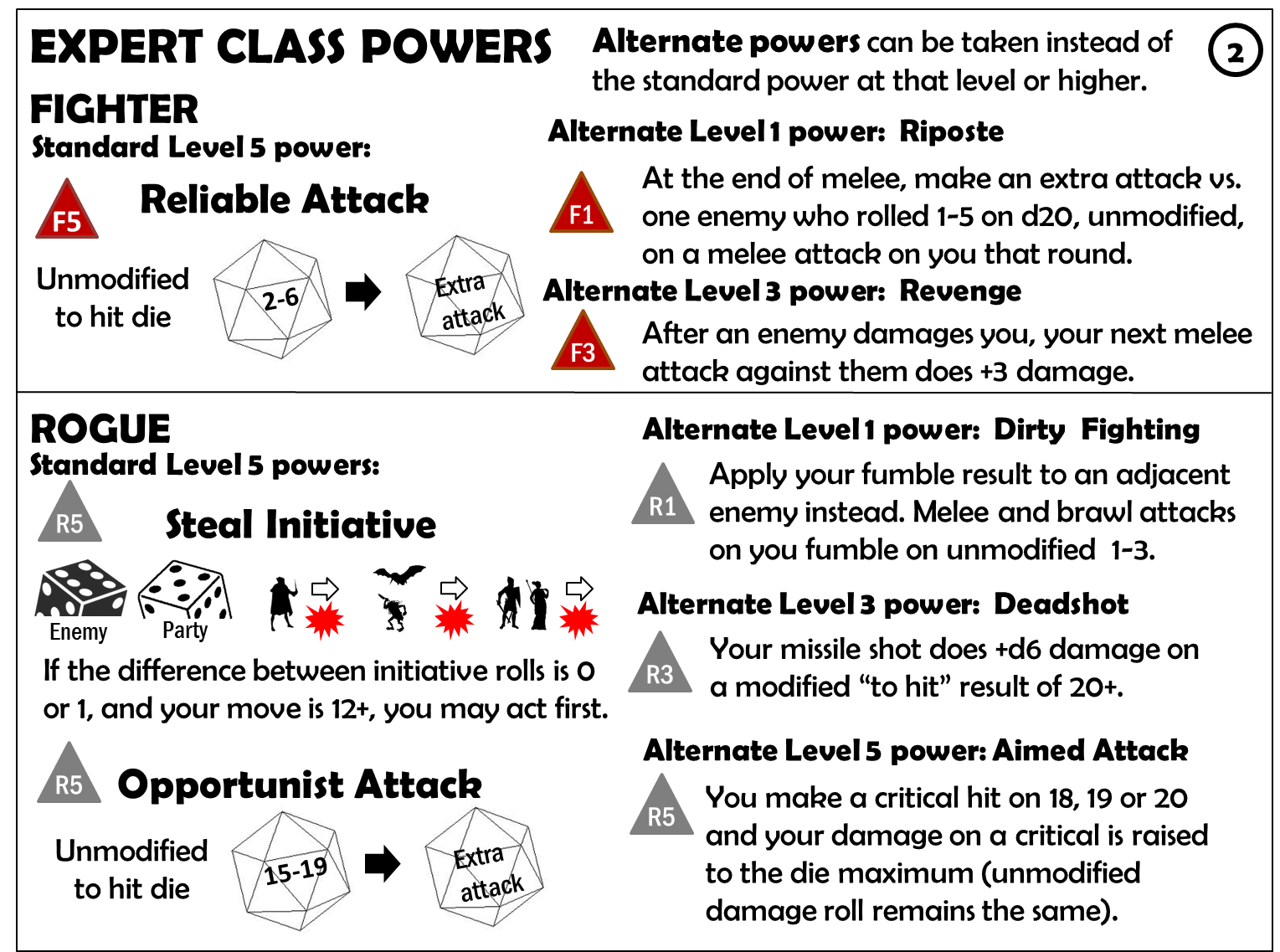 It bears repeating my design philosophy here: powers should add effects without adding decisions that slow down play. Most of them are either straight bonuses,consequences on things that happen anyway in combat, or "cool things that happen on this die roll." I find this is vital so as not to slow down the pace of Basic-derived D&D, where the tactical decisions should be less "which power should I use now" and more "how do I position myself and use weapons to best advantage?"

As I prepare for converting my existing Band of Iron players to the very latest version of 52 Pages - they've been playing the 2011 version for some time now - I realize that they've grown very fond of their Whirlwind and Quickshot feats - they really light up when they roll a 5 or 15 for their extra attack, even though these are underpowered compared to my new powers which give you 5 numbers to get an extra attack. So, I souped them up a little and added a couple more. 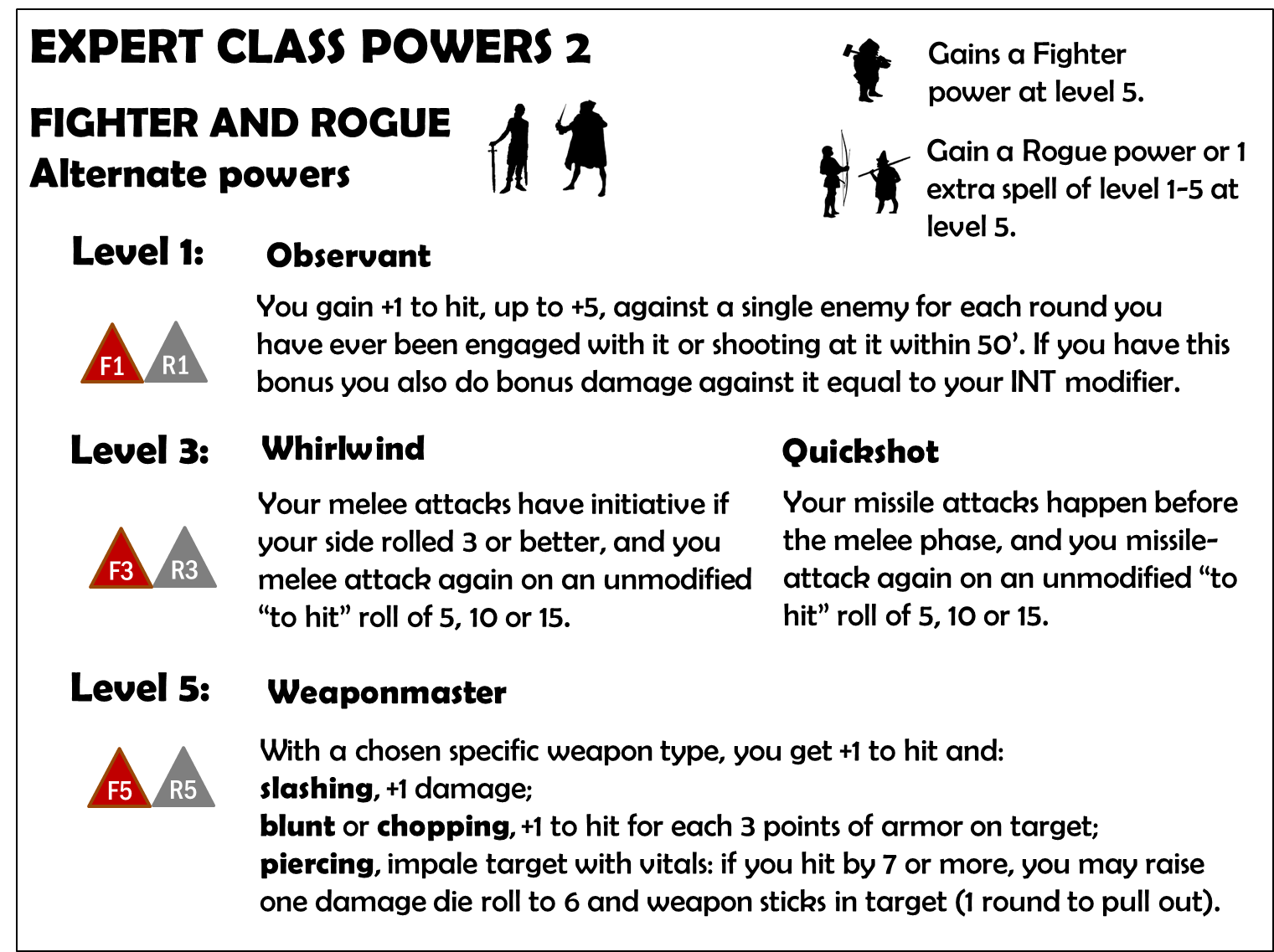 Yes, Weaponmaster is a little tribute to the old Rules Compendium stuff. I had to think hard on impaling to not create super-ridiculous archers with +d6 damage when ambushing, potential +d6 from Deadshot,and double damage (Runequest style) on top of that. I think the die minimum answer is a nice compromise.

Oh yeah, elves and dwarves now get one feat at level 5.