Yep, it's a color system

I now proceed to embrace the most hackneyed cliche in all of gaming. Yes, it's a magic system where different schools of magic are different colors! 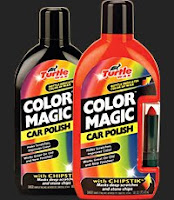 But I like colors. They are more vague and poetic than the dry terms from 3rd edition D&D (Evocation ... Animal Domain). The Western Esoteric Tradition assigns colors to different sephiroth of the mystic Tree of Life and uses these as the basis for different effects of ritual magic. I have followed this scheme in a rough way, but with a number of simplifications and departures. This is certainly a system flavored with, rather than based on, the knowledge base of hermetic ritual magic. Besides, if I give away too much, the Secret Ascended Masters will have my chakras for Christmas ornaments ...

The advantage of colors is that they organize spells in a modular way that encourages customization according to setting. If you want specialist magic schools, you got 'em. If you want generalist mages, just mash all the colors together and turn your monitor to monochrome. The question of whether Black or White magic fit in a magic-user's education can be resolved setting by setting. Scholarly orders of priesthood with different forms of training can be supported.

The scheme is as follows, listing both clerical and magical schools:

White: Sacred magic that protects against and rebukes evil, illuminates and liberates. Divine light as metaphor.
Black: Crosses the boundary of Death; harms the forms of things directly; separates soul from form. Darkness as metaphor. Not all black magicians are evil ... just yet.
Silver: Transports creatures and spirits from other planes, and sends people through the planes and eventually to them.

Blue: The creation of matter and organized force; forms with substance.
Red: Raw energy, often destructive.
Gold: The restoration of forms in healing and other ways. Strictly for the clerics; you need contact with a  godly intelligence to struggle against entropy and resolve the blue-red antithesis this way.
Yellow: The transmutation of forms; the easier resolution of the blue-red antithesis.

Brown: Hedge and nature magic. Degeneration of classic magic, or its origin?

For the magic spell lists I will focus on silver and the six primary and secondary colors. Don't worry though, I will present them in a way that can be very easily "monochromed."
Posted by Roger G-S at 23:45