Does Violence Make Sex OK For You?

A couple of things have me thinking recently about shock-value. The main one is my new-found awareness (via a thread on the RPG site that has since derailed into a piggy-pile of hate) of Ed Greenwood's now-infamous description of the sexual proclivities of his NPC, Alustriel. Which in turn fueled a piggy-pile of its own some years ago on ENworld. 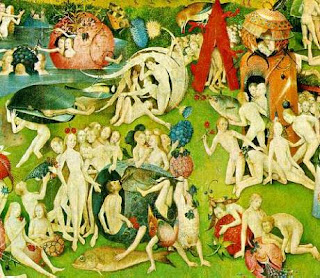 Well, some of it surely is principled prudishness - "I don't want to see any kind of sexual depiction, ever." Some of it is a kind of horror-of-the-nerds - "You can have all the sex you want, but don't mix it with my gaming!"

But what if instead of a goodly queen and her consensual pleasure jacuzzi, you had descriptions of a cruel demon empress, genitally tortured male slaves, raped women forced to bear demon babies? Would you see the author of those scenes described as a "dirty old man"? Would he be accused of projecting his own sexual fantasies into the fiction?  Or would this stuff be considered kind of staid, traditional, in a game that started out with a naked chained female sacrifice on a cover? You tell me.

Again, you tell me. Do you give stuff that mingles sex with violence a free pass because it's edgy, bold, transgressive? Or, actually, because it's strangely traditional in the fantasy and horror genre? Or, also, because the motion-picture rating cliche is more true than you'd like to admit - violence is more OK by an order of magnitude than sex - to the point where violence can actually make sex more acceptable? Perhaps the real revolutionary is the one who cuts sex free from its pulp-fantasy whips and chains and altars.

Consider this. Some creators mix depictions of sex with violence because "that's the way it is, man."  Some, on a kneejerk level, because it's part of the genre. Some, no doubt, do it because that's what sexually excites them. Still others, to force a more existential kind of confrontation. But there have always been those who do it because on some level they think sex is bad, they think violence is bad, and the best way to reinforce the badness of sex is to mix it with violence and gross-outs. Like so: 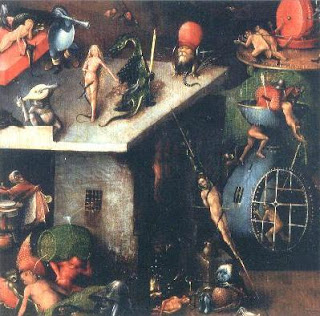