Over the past weekend, this post at Ode to Black Dougal has brought forth a very instructive set of comments to a game ruling problem that itself is traced back through another layer of blogland to a Dragon Magazine article. What's cool for me is how the answers seem to line up with my analysis of solutions to game event resolution from a while back. 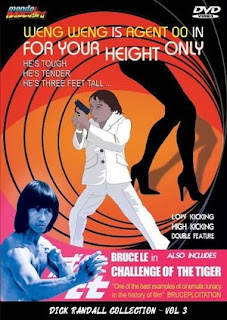 A referee is ruling on the party's chances for passive detection of a trailing halfling spy. Success at this will open up new areas of plot space, much the same as detecting a secret door opens up a new area of the dungeon. The question assumes B/X D&D as the starting point. That is, a system without a general character-based mechanic for passive perception. Let's look at the excellent answers, starting with the first advocate of each type of solution.

Stuart and others propose solutions based on player skill. Either the referee works recurrent references to the spy into area descriptions and waits for the players to notice. Or, more harshly on the players (and more easily on the ref), he or she judges that an expert spy would not be seen unless the players specifically look for him. I'll take these as falling within my "improvisational mode".

Clovis Cithog and others propose random solutions based on a comparison of character skill and player strategy with the spy's presumed skill, looking more like my "resolution dice" than "oracular dice," and looking in particular like the seed for a house-ruled detection system.

Jeff Rients cuts the Gordian Knot in "oracular dice" style and puts forward a simple 1/3 chance on d6. This reframes the question as "does it happen?" vs. "does the party do this?"

Alex Schroeder and Lord Gwydion offer up applications of existing rules, for secret door detection and hiding respectively. Various combinations of the above elements are also proposed.

But the most interesting of all to me is JB's answer. Its radical message - information should not be subject to resolution mechanics. If the referee wants the trailing spy to be found, and that plot space to be opened up, the spy should be found, by fiat. This echoes the "prepared" solution, non-random variety.

I confess a liking for the fiat solution because it exposes a general problem with information detection mechanics. If you meant that secret door to be found and the fungus chamber to be discovered then why leave all that preparation up to something as meaningless as a dice roll? JB's point is that the game consists of what the players do with the information at hand. So, the referee can take control over what information gets to the players. Presumably player-initiated information gathering would also be kosher under this system. But  important, game-branching information is not left to chance.

What keeps the fiat method from feeling like a one-way railroad? Player effort and choices, and the referee's responsiveness to them. In particular, to get a diverse party's players involved, the referee can fake a resolution mechanic. The party will always decipher the runes, but it's the cleric who knows the old church script they are written in. The spy will always be found, but it's the elf or ranger who noticed him. And if the party is deficient in anyone with the plausible skill, the referee may - again by fiat - reshape the adventure around this deficiency, and have the spy never be found.

Anyway, I'm really more happy with the diversity of these responses than with any one. Each approach has its good and bad sides, and the taste of the referee and players should be the ultimate arbiter of the halfling spy solution at any given table.

My meta-solution? The main question the referee should think about is, "Does the party need this information to move the game along?" If the answer is a clear "yes," give it to them, but don't make it look too easy. If the answer is a "no," let them surprise you and find it themselves. If "maybe," resolve the outcome through player skill, character-based dice, or oracular dice.
Posted by Roger G-S at 23:11