Level 2 of the Tomb of the Iron God module is the actual burial place of the corpses consigned there, and it has more secret doors than a season of Scooby Doo cartoons. There are other things that aren't ideal about it and I tried to fix ... which I'll get to in the last post of this review. But the secret doors were the toughest thing to work out on the fly.

(This post is not as spoilery as the last one, so no cut.) 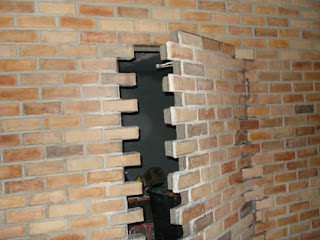 Anyway, we are not talking about dwarven or magical workmanship here. I ended up deciding that most of the doors could be seen; either in passing with a d6 skill check if you're on the same side as the door (exploration movement is slow going as it is, and most party members have a 1 or 2 in 6 chance), or automatically if you're giving that area special attention. No, you cannot give every area special attention - or at least I'm going to make that process player-boring, and eventually you as a player are going to make the choice that it's better to die a hero than live an obsessive grind. But an exception can be made for the niche-lined walls that parties have an interest in searching for loot.

The secret doors show as outlines of fine grooves in the limestone corridor walls. In the burial chambers, they appear as seams down the middle of a row of stacked niches, the halves sliding back both ways when opened. Niche doors usually open by pressing a button at the back of one of the niches, and these buttons also open the corridor doors, though they may be some distance away from their chosen door. Part of my map notes involved working out which niche button would open which secret door. There was a good moment when I combined one of those buttons with a poison needle trap that was already in the key. "Okay, you push the button in ... with your finger ..." Well, the dwarf had a great save and made it, but from then on, used his axe handle.

What was hard was squaring the many, many secret doors dividing the level into sections with the appearance of wandering skeletons and the need of nonintelligent monsters to rove around the dungeon. Some of it I just handwaved, other times there would be floor plates on the inside of a secret area that could let skeletons out. The players quickly grew paranoid and started whispering about a "skeleton factory."

As with pit traps, it's all-to-easy to answer "Why did the monks put so many secret doors in their burial ground?" with "Because it's a dungeon, duh!"  But if I had it to do over again I would have reduced the number of S'es on that level. Make some of them plastered-over concealed doors, which is more plausible if you're talking about a burial ground where some sections eventually get full. Just erase the unnecessary ones, like the ones that represent only a shortcut between two areas you can reach anyway, or the ones that hide one down-stair area from another.

This obsession with secret doors - on every level! by the half-dozen or more! - has apparently left its mark upon a whole generation. You see, as D&D players grow up, they get certain ideas about how their family lairs should be constructed ....
Posted by Roger G-S at 23:03