Old School As A Gamut Of Emotions

What's the essence of Old School style GMing? noisms thinks it's in being a dispassionate, deistic god who lets the world have its own reality. Telecanter weighs in with a comment: it's all about letting the players have fun.

I don't think it's about control, or fun. Simply put, it is to run the game so that the players can have a chance of feeling as wide a range of emotions as possible, vicariously through their PCs. Not just pleasure or mild challenge, but grief, anger, remorse, fear, side-splitting laughter. On a higher level, this experience translates into more than just the fun of completing an easy crossword puzzle, and evolves into the deeper enjoyment of engagement with serious literature or drama. 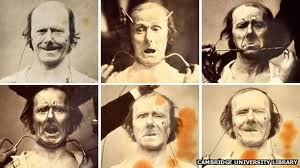 The autonomous world then becomes a necessary adjunct to this goal.


If you are fudging things or setting them up in the first place to make the game's outcomes fall within a certain range of cautious success, you are denying your players these experiences. If the players suspect that you are fudging things, you are denying them even the stage-managed satisfactions you intend for them to enjoy. If the world is not autonomous, it cannot inspire these emotions.

But also, the players must keep their feelings within the world in order to have the higher-level enjoyment that comes from experiencing even painful feelings as "theatrical emotions" or rasa (see here for an explanation of the Hindu concept). They must be mature enough to respect the separation of the world from the person of the Game Master.

If their grief is aimed at the dice, their anger at the GM's rules or interpretation, their gratitude at the module designer, then they are missing the point. Equally so, it is the GM's responsibility to demonstrate that all his or her choices are made out of necessity, drawing on the logic of the rules system and the logic of the imaginary world.

That, I think, is what distinguishes the old school GM from the balance-gamer who is trying to keep everything fair and manageable, and from the rail-greasing story-gamer who is denying the emotions that come from confronting meaninglessness or exerting true agency within the world.

The old school systems allow these heights and depths, but - like a psychedelic drug - can also go horribly wrong if not experienced in the right company. This is why they are and always will be an underground phenomenon.