Statting a monster, Original Standard style, is fairly simple. Let's take the giant troll in Egg of the Gazolba. The original can be found in the Fiend Folio and these stats will suffice:

Hit Dice: 8
This is fairly straighforward to apply to all editions except 4th, for which a very inexact conversion factor seems to be "monster level = old-style hit dice x 1.5". Hit Dice also determines monster hit point, attack, xp for killing, and saves in various ways.

Armor Class: 4[15] - fairly simple, as with NPCs.
Move: 12" - As mentioned previously, this scales to  a move/speed of 6 5-foot squares (edited) for 3rd and 4th edition.
Damage: 2d8 - Give multiple dice-codes if multiple attacks exist.

Damage from any source presents problems for OD&D and the like where the base hit die and damage is d6 rather than d8. Attack damage dice seem to be to a similar scale in 3rd and 4th edition, just with more bonuses from abilities and powers, which will be calculated anyway in further detailing the monster. I would scale damage to Swords & Wizardry basic damage simply by bumping the die down one size and cutting bonuses by 75%, so 2d8+4 becomes 2d6+3 and so on. There's also a tendency in Basic and OD&D to eschew the multiple attacks in other editions, but that is hard to model in a regular way, and probably best handled by the individual referee.

Special: Regenerate 2 hp/round.
In particular, this regeneration number will need conversion upwards in 3rd and 4th edition where monster hit points double if not quadruple. Remember, OS is an attempt to find out what's common to the more complex editions, not to give them an easy time. "When in doubt, and you really need a number, scale to AD&D First."

In general, monster special abilities are a mixed bunch. If they affect Original Standard stats directly they can be described in those terms (like regeneration, slowing, or extra damage). But some things, like paralyzation, level drain, or poison are best described in words, with a time course for their duration and whether or not you get a save. More on this in the next post where I go into more detail on specials, traps, and effects. And yes, I'll get to spells shortly after that. 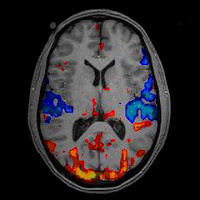 That's really my conception of an OS monster stats block. Useful, but not essential, is an additional descriptive portion I'll call the MRI. Like a brain scan, it gives details of the monster's morale, reaction and intellect in a sentence or two, without resorting to stats. For the giant troll I would say:


The giant troll is cowardly when faced with superior power (which isn't often). It is surly but will bargain to its advantage. While stupid, it knows it is stupid, so will be suspicious of overly complicated explanations.

From here on in the hard part starts: trick/trap/skill mechanics and (ulp) spells and magic items.
Posted by Roger G-S at 19:58