Decision Under Pressure As Player Skill

Something I've never been really tough on as a game-master is the enforcement of realistic decision limits on the players. In the middle of a combat they are usually free to take as long as they like to debate strategy, positioning, and maneuvers. Occasionally, especially when taken by surprise, I will try to hustle them along.

The same is true when talking to an NPC, although here the players do a little more self-policing as they realize they can't really be having these kinds of discussions in earshot. A simple way to deal with this is to have a single spokesperson for the party step up, and have any objections dealt with by sleeve-tugging, whispering, or in extreme cases breaking off for a huddle - with all of this noted by the NPC. 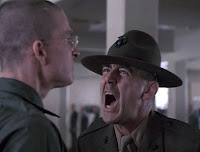 But back to the combat example. The hardass argument states that doing the correct thing quickly is part of player skill, and the chaos of battle is only realistic. There's plenty of time to think over strategy while others are stating their actions. If players want to work on their playbook together, they have to find time before the encounter, through reconnaissance or contingency planning. Once made, the plan has to be carried out quickly and without much detailed communication. Only this way can the real tension of combat even be approached. 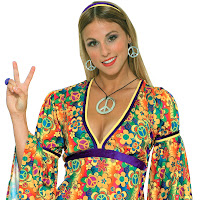 The softer touch recognizes that there's a gulf between the players and their battle-hardened characters - that the minutes of dithering are a way to encapsulate combat-honed reflexes and canny decisions that players can't be expected to simulate, any more than they should simulate feats of strength or lockpicking.

Certainly I've found that my table style doesn't really flow smoothly with pre-declared actions, even though they can help deal with odd paradoxes of "I-go-you-go" combat, like the time the players busted through a door, lost initiative and couldn't rush all the main fighters through before the enemy closed. In general, anything that requires tight discipline or tracking is a drag; keeping track of the turn sequence is my bare minimum, and even that can be taxing. So even though it seems that imposing a decision time limit might speed up play, subjectively it seems that it would make play more effortful and less fluid.

My feelings are still mixed. It seems like a time limit would increase the "fun" in combat in the sense of unpredictable things happening, but decrease "fun" in the sense of being the masters of your characters' survival. It would increase the reward of combat in the sense that you would feel great accomplishment for doing something right or carrying out a complicated play, but decrease the reward in the sense that you didn't feel you got to play the game at your own pace. Perhaps it's telling that I far prefer turn-based to real-time computer games. Anyway, there things stand, so I'm not going to be changing things in the near future, unless I run a game for a set of experienced, hardcore gamers who would find it a suitable challenge.
Posted by Roger G-S at 14:15