Following this earlier post, but going back to an earlier Cracked article,  here are some more inspirations for adventure-game wonders based on real chemistry.

Ferrofluids: Suspensions of iron particles in a liquid that form shapes when magnetic fields are applied. 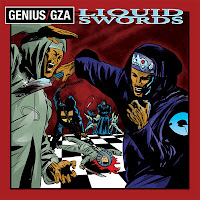 
Perfluorocarbons: Breathable fluids imbued with oxygen.
Elastic conductor: Material that expands and becomes rigid when current is applied.
Non-Newtonian fluid: "A liquid that turns solid when sufficient stress is applied."
Transparent alumina: See-through (if slightly cloudy) metal.
Carbon nanotubes: Nano-scale fibers made of carbon: incredibly strong, electrically conductive, and yeah, the Cracked writer gets overwhelmed by the Cracked style guide at this point and just gets stuck on "bur bur bur awesome mind-blowing bur bur bur" so here's the website of a company that makes them, and the wiki article.
Posted by Roger G-S at 09:10