And now, a few pages from our player Lui's sketchbook (creator of the wonderful Tomb of the Iron God maps). These illustrate sights and marvels seen by the Band of Iron in connection with the faerie realms. 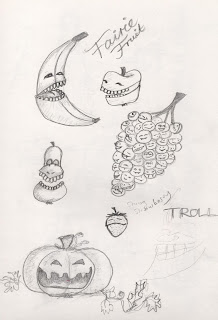 The mind-altering faerie fruit doesn't actually have the Goofy Grape and Loudmouth Lime faces, but it is very addictive. Lui's character has been lucky to survive this far, considering that the high-concept is "an elf who wants to taste everything." 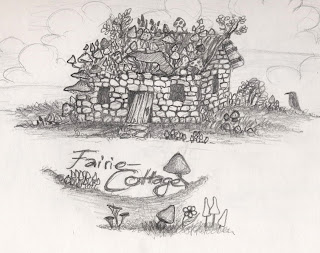 This is a stop on one of the Faerie Roads - an overgrown cottage where dwells a little fungus-man, skilled at healing with moss and honey-slugs. 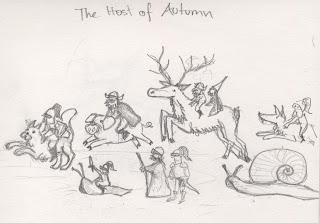 On the road, the Band had to step aside and avert their eyes as a faerie army marched by on the way to war. The elf must have peeked because this is a pretty good likeness of the scene. 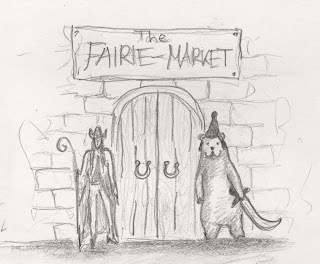 The two guards I placed at the gate of Leslie Furlong's One Page Dungeon Contest winning scenario, the Faerie Market. 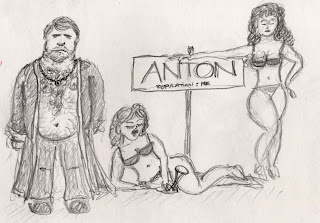