Vampires embody the sin of lust. Do I need to say more? All right, then. 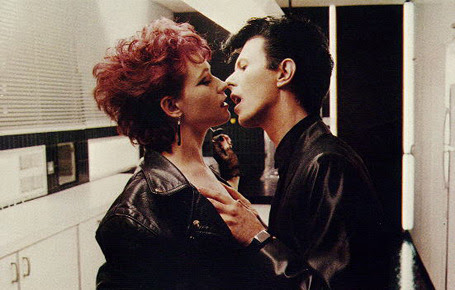 Besides having the most attractive appearance of all the undead crew ... besides the neck-bite as kinky substitute sexuality ... besides the tapping in to archaic beliefs about vital force and sexuality, "the expense of spirit in a waste of shame" ...

Vampires are users, and that is the difference between the joy of sex and the sin of lust. Their embrace is pleasurable, perhaps, but actively bad for the one embraced. And yet, there are those who seek out vampires, wishing to be one, wishing to be used abjectly and in turn using. Intimacy becomes hierarchy.

Turning vampires? It's the classic operation, with the cross or the Magen David... I can't really improve on that ritual. But the sin of the vampire means that a failed attempt to turn brings the would-be Van Helsing under the vampire's charm, no saving throw. If you look into those eyes and blink, the eyes look into you.

And after Stoker, Murnau, Rice, White Wolf, Hamilton, and Meyer, and a hundred more, if you can't think of something creepy and sexy to do with your vampires, I'm certainly not going to give you a table.