The medieval sin of accidia (acedia), or sloth, refers to a condition that today we treat as a mental illness: depression. But more generally, the sin refers to inability to act or decide, retreat from the world rather than engagement with the world, and in its ultimate expression, suicide. 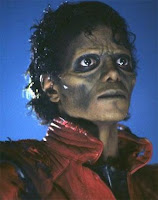 Psychological writers, such as Erich Fromm or Roy Baumeister, have identified the human motive to "escape from freedom" or "escape from the self" by submitting to authoritarian regimes or cults. When people willingly become zombies, they symbolize this abdication of will to another. This living zombie is perhaps closer to the drug-induced state of living death implicated in the questionable anthropology of Wade Davis (The Serpent and the Rainbow) than the walking dead of George Romero. It also brings to mind the philosophical zombie, which forms part of the solipsist argument (referenced in Heinlein's story "-- All You Zombies --") that we can never know for sure if anyone apart from ourselves is free-willed and conscious.

Zombies, sluggish and slavish, embody the sin of sloth when a living person willingly submits his or her body to the ritual of a necromancer. Otherwise they are mere animated corpses, a desecration but nothing more than that. Necromancers greatly prize the former kind of zombie, for their greater power, and because to recruit them gives much prestige. Therefore, necromancers and their agents often haunt popular locations for suicide - bridges, precipices - in hopes of persuading the unfortunate to surrender their lives in one sense rather than the other.

A living zombie has all stats as a regular zombie, with 4 additional HP.  It is unholy but not evil ( having given up its free will) and not undead. So, it can only be turned by reminding it of its own identity -  its personal name must be spoken, or a mirror held up to its face in place of a holy symbol. If the turning destroys the zombie, the spell is broken and the person returns to life.

As a bonus, here is a d6 table of attributes and powers that can make all kinds of zombies more scary.

1. Fingernails and teeth that break off in the wound, preventing 1 hit point of healing per wound until Cure Disease is cast.
2. If wounded down to 3 or fewer hit points, guts spill out of the zombie's abdomen and come alive. They make an extra attack ignoring armor, and if successful ensnare the arms (on an odd "to hit" roll; cannot attack until victim rolls d20+STR > 25) or legs (on an even "to hit" roll, cannot move and 2AC worse until victim rolls d20+STR > 25).
3. Zombies are immune to piercing weapons (although being stuck on a spear can hold one at bay), and take half damage (rounded down) from blunt weapons unless the wielder aims at the head with -4 to hit.
4. Zombies can only be killed by physical damage if it does 5 or more points at once.
5. Can throw its own arm, which attacks on its behalf for 1d4 damage, while the remaining arm on the zombie also attacks for 1d4.
6. Is a bloater zombie.
Posted by Roger G-S at 10:33